R. Madhavan fans would be jumping with joy, since the actor has collaborated for Aanand L. Rai directorial ‘Zero’. 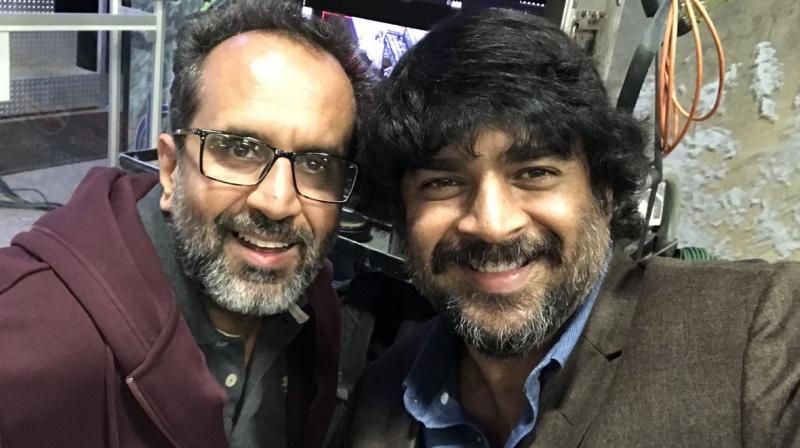 R. Madhavan and Aanand L. Rai on the sets of 'Zero'.

R. Madhavan fans would be jumping with joy, since the actor has collaborated for Aanand L. Rai directorial ‘Zero’.

Madhavan and Aanand became friends on the sets of ‘Tanu Weds Manu’ and then ‘Tanu Weds Manu Returns’. The two are collaborating for ‘Zero’ after that movie.

As it is known, the climax of the film is being shot in Alabama, USA at the moment, which promises to have an outer space connection.

If one remembers, Madhavan was approached for ‘Chanda Mama Door Ke’, the story of NASA and astronauts which was going to last star Sushant Singh Rajput. The actor at that point of time could not go ahead with the film because of a shoulder injury, but now that the injury is healed, Madhavan seems to have somehow got to fulfil his dream through ‘Zero’.

According to a report on Mid-Day, this became possible because R. Madhavan is good friends with Aanand L. Rai, who eventually finalized Madhavan for a cameo in the Shah Rukh Khan-Katrina Kaif-Anushka Sharma starrer which will also see cameos by Salman Khan Abhay Deol, Kajol, Alia Bhatt, Deepika Padukone, Rani Mukerji, Karisma Kapoor, Jimmy Sheirgill, Juhi Chawla and the late actress Sridevi, who will be seen on screen for the last time through this movie.