In October, Karan Johar (who shot with Deepika for an ad recently) announced Ayan’s superhero film with Ranbir. 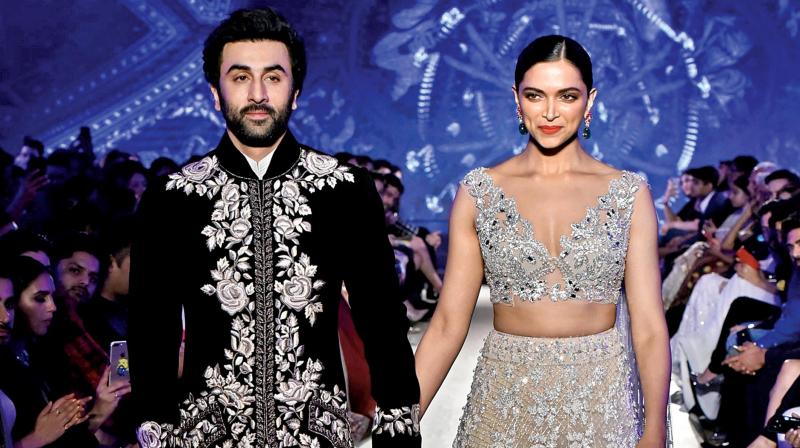 Amidst talks about Deepika Padukone not signing films, a report on Filmfare now confirms the actress is looking to working in a ‘massive’ superhero film with Fox Star Studios. Strikes a chord?

That’s right! In October, Karan Johar (who has shot with Deepika Padukone for an ad recently) announced a trilogy, a ‘fantasy adventure’, which is Ayan Mukerji’s superhero film with Ranbir Kapoor, which promises to show Ranbir like never before. His post mentioned that Fox Star Studios have collaborated with them for the movie which also stars Amitabh Bachchan and Alia Bhatt in lead roles.

Guess who seems to be following the path to Fox Star Studios? None other than the actress who admittedly gets ‘higher pay than an actor’ aka Deepika Padukone!

A source told Filmfare, “After going through several scripts, Deepika has finally locked one and this is a massive superhero film. Deepika will have various action scenes which fans haven’t seen her doing before. The untitled film will be produced by Fox Star and she’s quite excited about it already.”

However this movie, according to a report on Bollywood Life, could be a Hollywood film, which Deepika has been approaching since long, and which the portal touts to be the reason for her not picking up Bollywood movies.

While the news of her marriage with Ranveer Singh, like her professional life, has taken the backseat for now, Deepika was seen getting goofy with her sister Anisha. See the picture here:

when your mother tells you to finish everything that’s in your plate!!!😅😅😅(& that’s for bullying me in public @anishapadukone😝😝😝)