Ekta Kapoor is sure about Veere Di wedding

And after watching her daughter’s movie, Shobha Kapoor couldn’t help but give Ekta a hug. 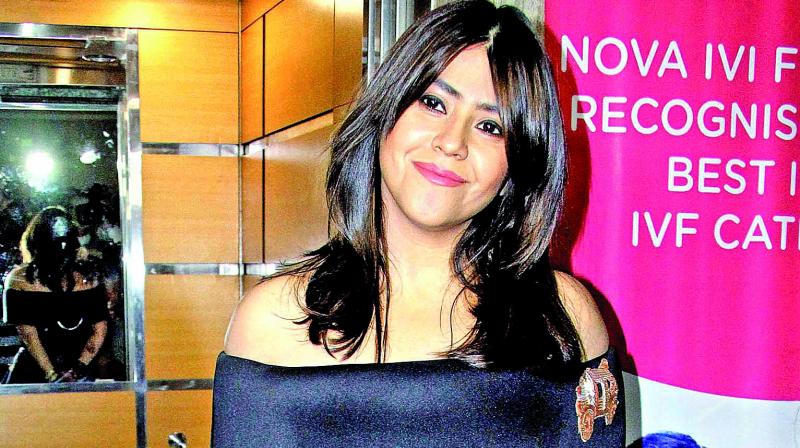 Producer Ekta Kapoor, who never shies away from taking bold decisions, is extremely proud of her next film Veere Di Wedding. The entrepreneur is also confident of its success.

“As a businesswoman, I am very sure about this film. I actually loved the script. I picked it up when I was low in my career. I have got four stellar actresses in it,” says Ekta.

And after watching her daughter’s movie, Shobha Kapoor couldn’t help but give Ekta a hug.

“My mother came and hugged me after she saw the film. She said it was an outstanding film and that she wished she was born in such times when women can take bold steps. The movie has covered most of its cost and we are looking at a great, clean run. I am a happy producer,” she smiles.

Ask her how they plan to deal with the eyebrows raised over the cuss words and abusive language in the film, Ekta says they are waiting for the CBFC certificate before making a statement.

“The censor board has not created any problem so far and we don’t want to discuss it yet because we haven’t got the censor (certificate). When we get that, we will give an official statement,” says Ekta.

“Anil Kapoor and my father put up an equal argument with the board. So if we can make a film that our fathers can watch, then clearly it’s not a film that any one of us should be ashamed of,” she adds.