It's 'Cuddles And Snuggles' time for Ranveer-Deepika but who's third person; find out

Deepika Padukone and Ranveer Singh's cute selfie is right now creating a storm of love on the internet. 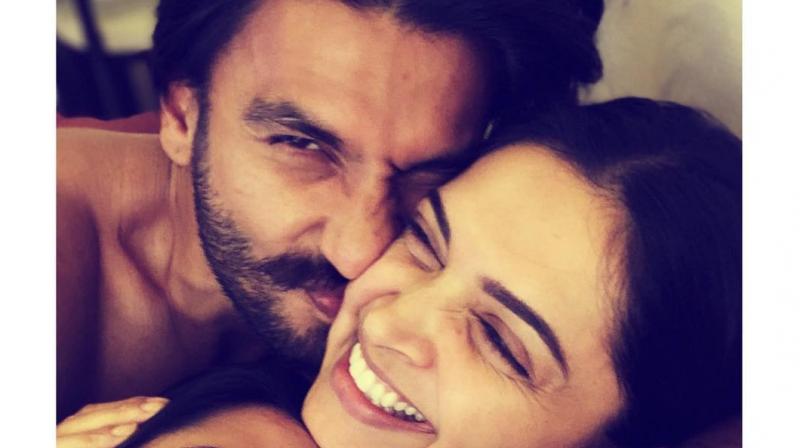 Mumbai: Deepika Padukone and her sister, Anisha share an amazing equation. The Padmaavat actress has often taken to social media to gush about her bond with Anisha. Recently, the actress took to Instagram to share an adorable picture of her with Anisha and husband, Ranveer Singh.

The trio is looking as adorable as ever, in the picture posted this morning. As soon as Deepika posted the picture, netizens couldn't stop awww-ing over the 'cute' picture.

Deepika Padukone recently wrapped the first schedule of her next, Chhapaak in Delhi. The actress' first look as Laxmi came out as an utter surprise to her fans and fellow Bollywood actors who couldn't believe the change, upon seeing her massive transformation. And soon, the actress received a lot of love and appreciation for her look, from the audience as well as the whole of Bollywood.

Now with Chhapaak, the movie about determination and the undying human spirit of not giving up despite adversities at every step, Deepika is playing yet another challenging role.

Hailed as the Queen of box office and the numero uno actress in Bollywood, Deepika is not just loved and admired in India but also has a following at the global map. Owing to the humungous fan base of the actress around the world, Madame Tussauds'  Statue of Purpose features Deepika in the elegant and graceful Cannes avatar.

After the tremendous success of her last movie Padmaavat, Deepika Padukone became the first actress to deliver a 300- crore film with a solo female lead.

With this, another feather her cap, Deepika Padukone is perceived as the indisputable queen of the box office with numerous films of 100 crore club as well as 200 crore club.

The most beautiful woman, Deepika Padukone has wrapped up the first schedule for her first production venture which will have her essaying the role of an acid attack victim. The actress believes that the story needs to be told and has bankrolled her maiden production to put forth the portrayal of a strong, brave and independent woman's character.