Snapped: Akshay Kumar out on a movie date with wife Twinkle and kids

Akshay was seen exiting a suburban theatre, with wife Twinkle, and kids Nitara and Aarav on Sunday. 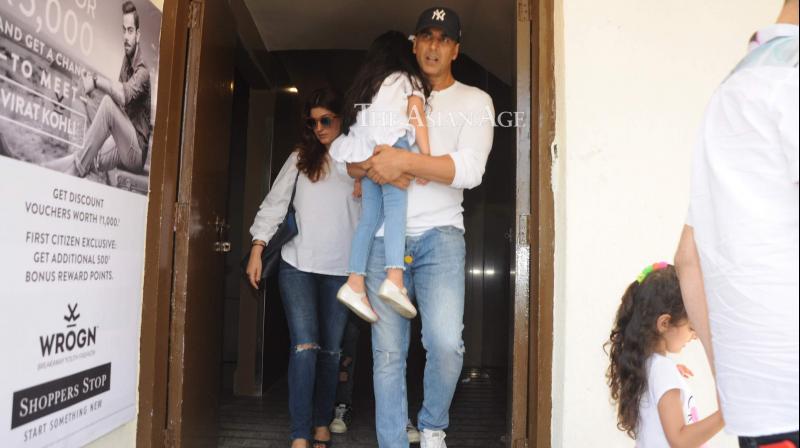 Mumbai: It was a usual Sunday afternoon, when we caught a glimpse of Akshay Kumar exiting a multiplex with his wife Twinkle Khanna and kids Nitara and Aarav.

It was a delight to see them on an outing, considering Akshay’s hectic and busy schedule, rarely do we get the family in one frame.

Daddy dearest Akshay was seen carrying daughter Nitara in his arms, while son Aarav, was seen following dad’s footsteps right behind him.

While the parents were seen twinning with their daughter in white outfits, son Aarav opted for a black shirt and ripped denim.

Akshay and Twinkle are very firm on not showing their daughter’s face to the paparazzis.

Twinkle had earlier spoken to a portal, when she was quizzed about hiding Nitara’s face. To which the witty lady said, “I think she (Nitara) is very young and she should get her privacy. I don't really put up pictures of my son Aarav. I think that they are growing and if they come out with me for a movie or something and then if someone clicks pictures then I am ok. As parents, we try to keep them away from the limelight until they understand the consequences and learn to handle themselves.”

Well, recently there were also pictures of Saif Ali Khan’s son Ibrahim and Aarav, hanging around together. 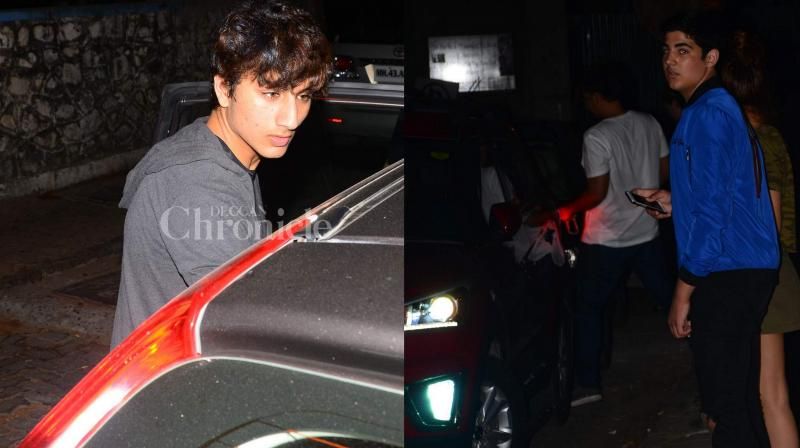