Does Katrina's cryptic message on Facebook indicate that she's found a new abode?

While she was in a live-in relationship with Ranbir Kapoor, the duo shared an apartment in Bandra. 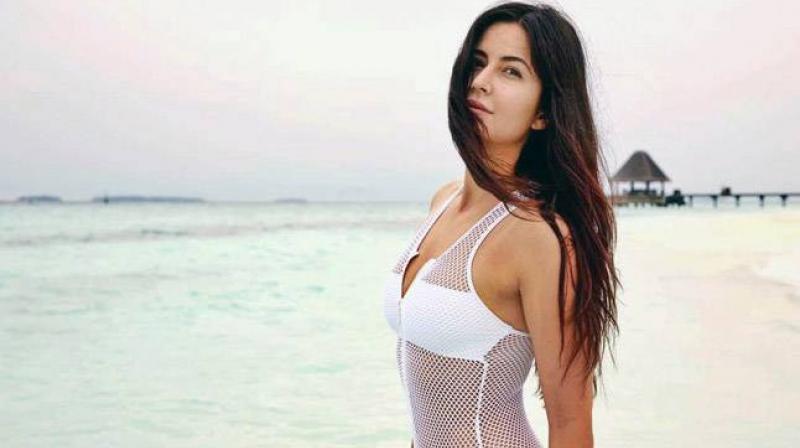 Mumbai: In the arena of technology, it becomes essential for everyone to be on social media platforms. Especially, public figures like celebrities, sports star, and many others.

Though the sizzling beauty Katrina Kaif was too late in joining the bandwagon, she finally chose to be on Facebook.

It was Salman Khan, who was amongst the first one to welcome the actress on Facebook.

Ever since the ‘Fitoor’ actress has debuted on Facebook, she interacts with her fans very often and gives insights of her life with them.

The actress shared a very cryptic message on the platform today.

She posted a quirky picture of hers in an orange tee and denim shorts, while she was buried in the comfy sofa.

Her caption leaves you scratching your brains.

It reads, “Getting myself a new place soon... will you come visit me if I share the address with you ..?” 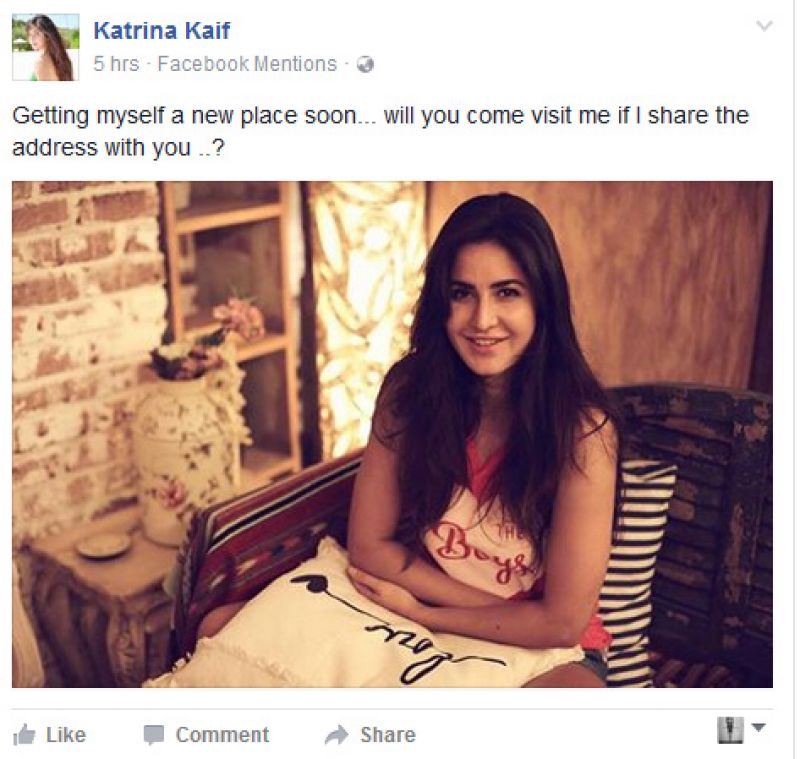 Does this mean that the actress has finally found a new abode for herself?

Well, while she was in a live-in relationship with Ranbir Kapoor, the duo shared an apartment in Bandra.

However, after they parted ways, Ranbir managed to get his own bachelor pad, but Katrina was left alone in the same flat; and since then Kat has been on a never-ending house hunt.

Does the message indicate that her search for a new house has ended?

Well, let’s wait to find out!