Sacrificing the mane for the main role

Arjun Kapoor talks at length about his look for Panipat and why he chose to hide it from the public. 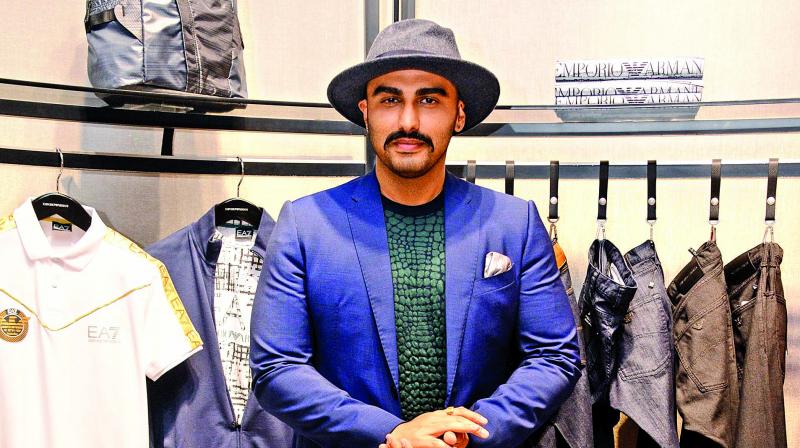 Arjun Kapoor not only sacrificed his hair for the upcoming Ashutosh Gowariker film Panipat, co-starring Sanjay Dutt and Kriti Sanon, but he has also been partially hiding his face for the past four months.

Calling it a part of his job, Arjun says, “You must be aware that I am shooting for a historical war drama called Panipat these days. The film is based on the Third Battle of Panipat and is being directed by Ashutosh Gowariker. He wants the impact of the character to come alive on screen because we have worked very hard for it. That can happen only if the whole world sees me in that character and that look on the screen. If I walk around with my (bald) look, the fun of seeing the character for the first time on screen will be lost.  The director does make sense when he opines like this and hence I am moving around in my cap everywhere. I started wearing headgear (bandana, cap and a hat) from December onwards. It might be looking rather strange but it is part and parcel of the profession. I am also sporting this moustache that you see. I keep my handlebar moustache pointed upwards in the film but I keep it down when I am out in public. These are new things for me and for my audiences as well. I want to present it in the best way possible and I will show it in the days to come,” he promises.

Even though Gowarikar’s last film Mohenjo Daro failed at the box office, the actor believes that it is a good time for period films. “Every film is important in an actor’s career. I have two more films coming up before Panipat – India’s Most Wanted and Sandeep Aur Pinky Faraar and these films are like my children,” says Arjun and adds, “Because of the sacrifice of the look, the Third Battle of Panipat had major consequences. It is a big story emotion-wise. Whether it works or not depends on the audience and they are smart now. Period films are doing well. Like, I saw Kesari, Manikarnika did well and Varun Dhawan’s Kalank is also looking very good.”