Farhan, Benegal miffed about Lipstick Under My Burkha's censor snub

The CBFC's decision to refuse a censor certificate to the film has not gone down well with B-Town celebrities. 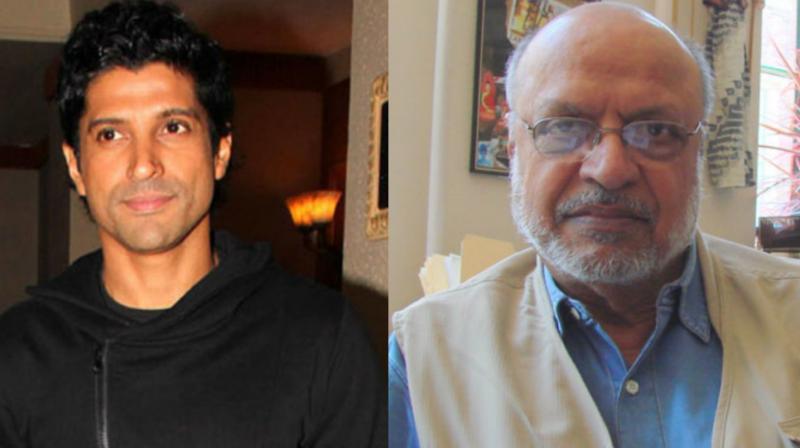 Mumbai: The Central Board of Film Certification (CBFC) refusing to certify Prakash Jha's upcoming film 'Lipstick Under My Burkha,' has started a string of angry responses from all around, with veteran director Shyam Benegal joining the angry chorus in slamming the development.

The 82 year-old-director told ANI, "I am totally against any kind of censorship of movies. Government has formed a committee under my leadership, we have submitted opposing censorship. To stop any film from releasing is not justifiable."

The statement comes after CBFC refused to certify 'Lipstick Under My Burkha', for its reported sexual scenes, abusive words and audio pornography.

The movie's trailer had garnered praises from film fraternity for depicting the secrets of small-town women.

Bollywood celebrity, Farhan Akhtar also took to Twitter and expressed his disappointment over the decision.

The film won the Spirit of Asia Award at the Tokyo International Film Festival and the Oxfam Award for Best Film on Gender Equality at the Mumbai Film Festival. It will be screened in Glasgow on Friday.

This is not the first time CBFC has refused to certify a film. Nawazuddin Siddiqui-starrer 'Haraamkhor' was refused certificate for depicting an illicit relationship between a school teacher and his teenage student.