A new poster from the South epic does bear some resemblance to a scene from the Ranveer Singh starrer. 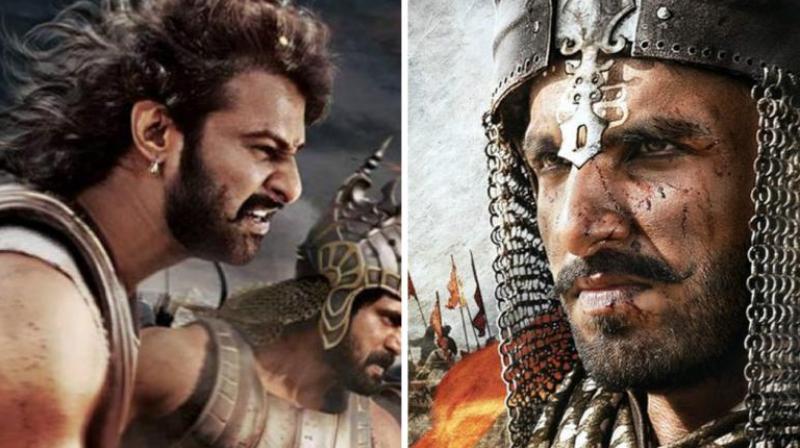 Prabhas in 'Baahubali' and Ranveer Singh in 'Bajirao Mastani'.

Mumbai: Fans have been eagerly awaiting the sequel of the Telugu blockbuster 'Baahubali: The Beginning'.

Titled, 'Baahubali: The Conclusion', the film has to be the most anticipated film across the country, in recent Indian memory, and rightfully so.

The film redefined the idea of implementation of action and optimal exploitation of VFX in Indian films, in a way that was hitherto unheard of.

Though the teaser or theatrical trailer of the film is yet to arrive, the team does keep teasing fans with the odd occasional poster.

The latest one, has a muscular Baahubali, played by Prabhas, comfortably mounted on war elephant. 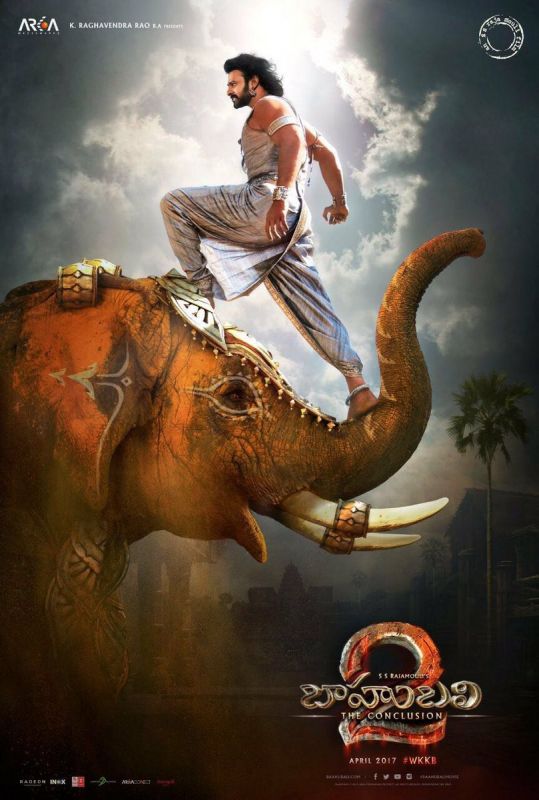 One look at the poster, and one is taken back to 2015, when Ranveer Singh suprised the nation with an inspiring turn as Bajirao in Sanjay Leela Bhansali's 'Bajirao Mastani'.

A particular scene in the film had the actor mounting an elephant to slay the enemy warrior. 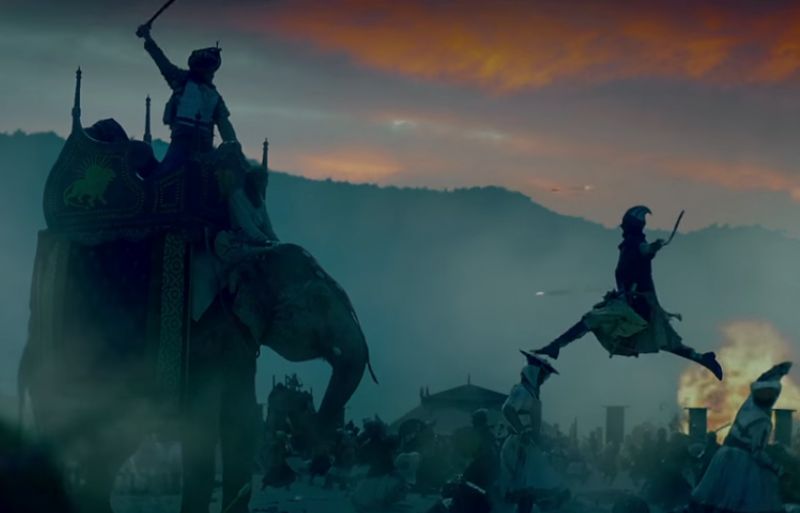 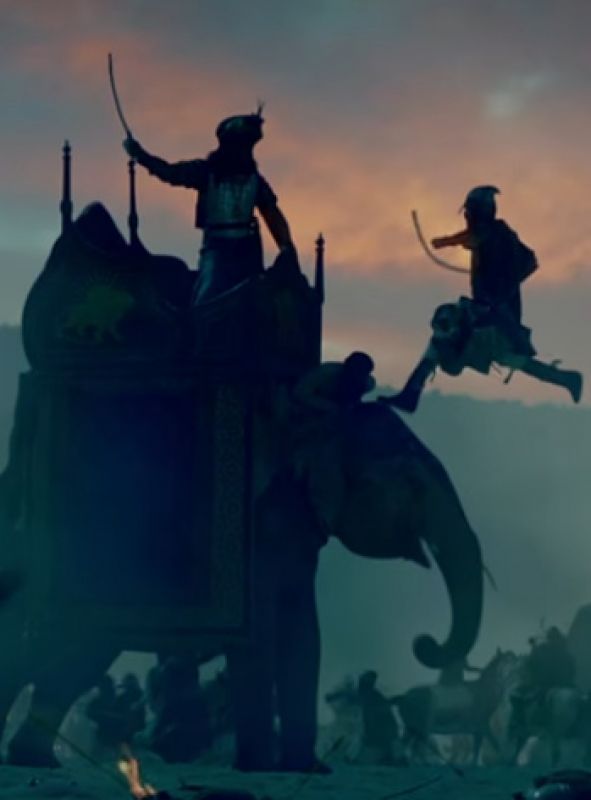 Well, both the actors, with their impressive physiques and commanding screen presences, look convincing enacting the respective sequences.

So, which warrior do you think pulled it off better?