Despite break-up, Alia grooves to Sidharth's song at her best friend's wedding

The performance did make the guests wonder, considering most of them knew Alia personally about her relationship. 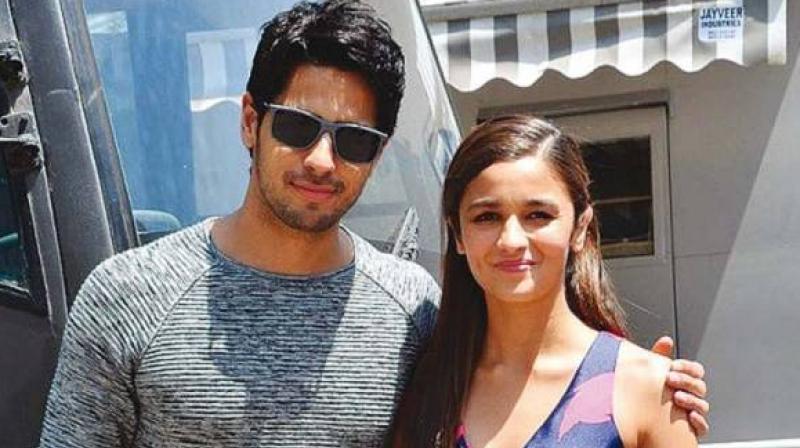 Alia Bhatt and Sidharth Malhotra have worked together in two films together.

Mumbai: Alia Bhatt has been in the news more for the blast she had at her best friend Kripa Mehta's wedding recently, rather than her films.

Pictures from their bachelorette trip to Bali, the Mehendi ceremony in Jodhpur and the wedding in the capital have all made headlines, courtesy Alia’s posts on Instagram.

A video of Alia dancing to the ‘Mubarakan’ song ‘Hawa Hawa’ had also gone viral recently, but that was not all during the act, and there was something about her performance that set tongues wagging.

Alia happened to dance on her rumoured ex-boyfriend Sidharth Malhotra’s song ‘Nachde Saare’ from his Katrina Kaif starrer ‘Baar Baar Dekho’ during the event, according to a report in Mumbai Mirror.

The performance did make the guests wonder, considering most of them knew Alia personally about her relationship, while others had media reports to thank.

Despite being snapped at Sanjay Kapoor’s bash and attending Shah Rukh Khan’s birthday party in Alibaug together, amid Karan Johar also playing peacemaker between the two, Alia and Sidharth are said to have called it quits after a couple of years as a pair.

Alia and her ‘Brahmastra’ co-star Ranbir Kapoor are now said to be seeing each other.

Ranbir was snapped visiting Alia’s residence recently after their prep for their film in Tel Aviv and their bonding at a recent awards show had also made news.