Farid Khan Pathan succumbed to a cardiac arrest after the crowd went ballistic on spotting the superstar. 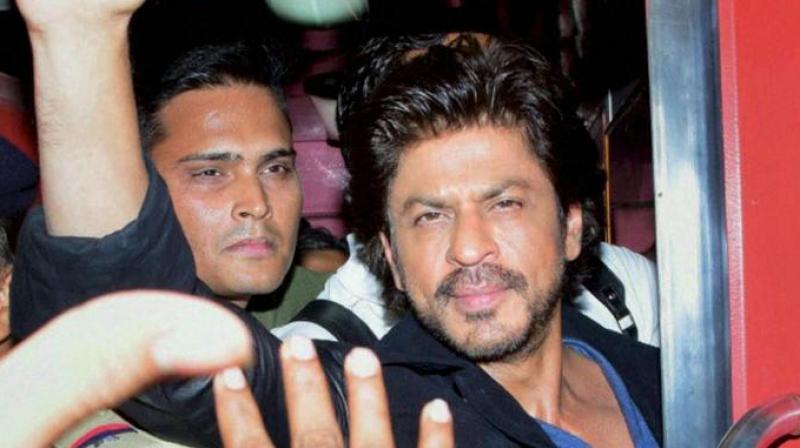 Shah Rukh Khan during his train journey for promotions of 'Raees'. (Photo: PTI)

Mumbai: Shah Rukh Khan sent his fans into a frenzy as he set out on a train journey to promote his upcoming film 'Raees'.  However, the urge to catch a glimpse of the superstar caused commotion and led to the death of a man and injuries to several others.

Shah Rukh has now has reacted to the death and injuries during his promotional journey on a train from Mumbai to Delhi. The actor called the incident ‘unfortunate’ and revealed that he’s saddened by it, saying his prayers are with the family of the deceased.

The deceased, Farheed Khan Pathan, a local politician from Vadodara, succumbed to a cardiac arrest after the crowd went ballistic on spotting the superstar. Farheed had come to see a relative of his, who was a journalist travelling in the same train as SRK.

"One of our colleagues was travelling with us. Her uncle came down to see her at Vadodara. He suffered from a cardiac arrest. It was really unfortunate. We started the journey thinking we all will travel, spend time with each other when one of your own loses someone one on a trip like this, it saddens us all. On behalf of everyone, our prayers and blessings are with the whole family. She has reached there. I just spoke to her. I think the burial is in an hour or half hour. We have some of our people with the family members there. Hopefully God will bless her soon," Shah Rukh told reporters at the Hazrat Nizamuddin railway station here.

The actor had taken to the train to promote his upcoming film ‘Raaes,’ making intermittent stops across Gujarat, where the film is based in.

The crowd was so uncontrollably large that the police had to resort to lathi-charge to contain them. Cricketers Irfan and Yusuf Pathan had also been present at the station.

‘Raees,’ starring Shah Rukh, Nawazuddin Siddiqui and Mahira Khan in the lead roles, is set to release on January 25, alongside Hrithik Roshan’s ‘Kaabil’.