Salman shared two pictures, one from the movie and another a candid one with Matin Rey Tangu. 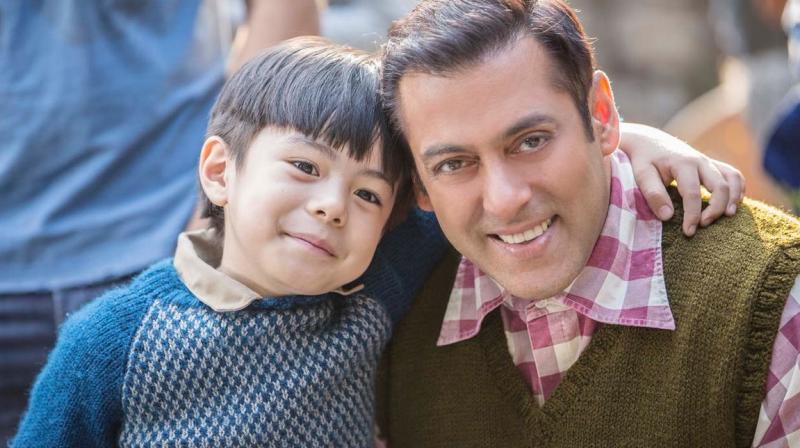 The picture with his 'Tubelight' co-star Matin Rey Tangu that Salman shared on Twitter.

Mumbai: After shooting for his next film 'Tubelight' in Manali and Ladakh, the cast and crew of the Salman Khan starrer are shooting in Mumbai and have almost wrapped up the film. And the superstar has got a new co-star for the final leg of the shoot.

After sharing the screen space with Harshaali Malhotra a.k.a. Munni in 'Bajrangi Bhaijaan', Salman will be seen once again with a child actor.

The actor took to his Twitter account to introduce the child actor, Matin Rey Tangu. Salman shared two pictures, one from the movie and another a candid picture. 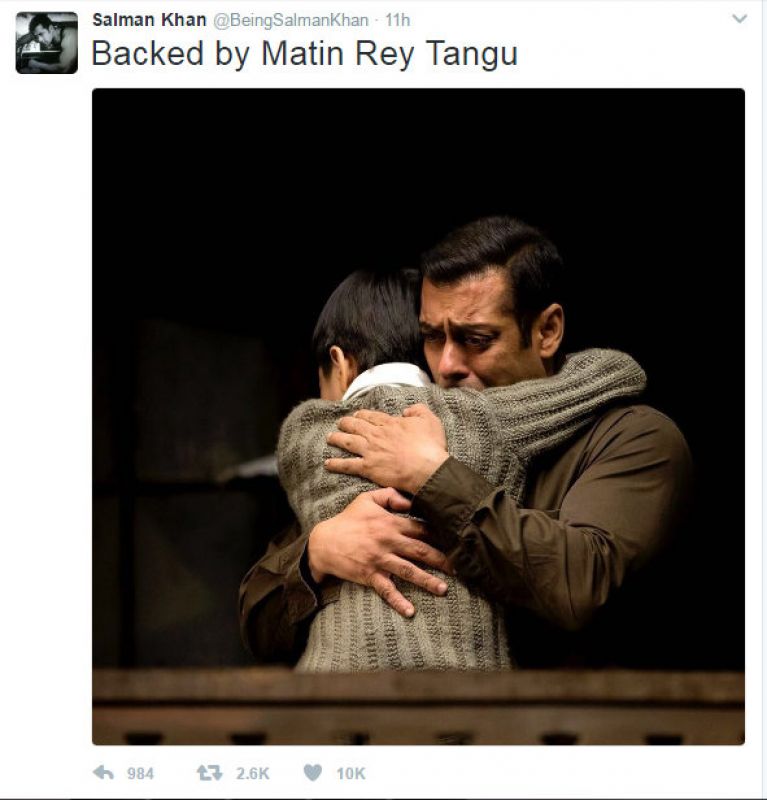 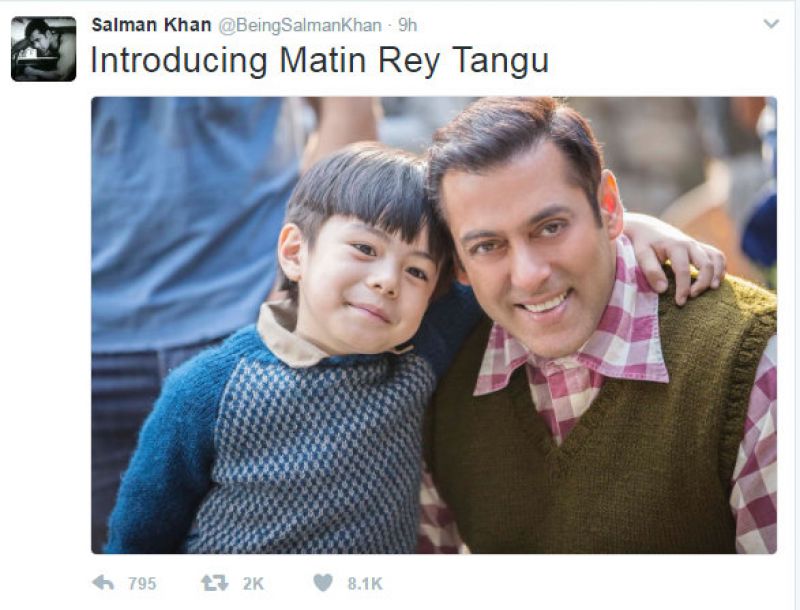 It seems both Salman and Matin have gotten along pretty well which is conspicuous from the shared images. We hope they both create the same magic as Bajrangi and Munni did.