Sharing an anecdote, Akki reveals that their family doctor gets tired of Twinkle’s questions. 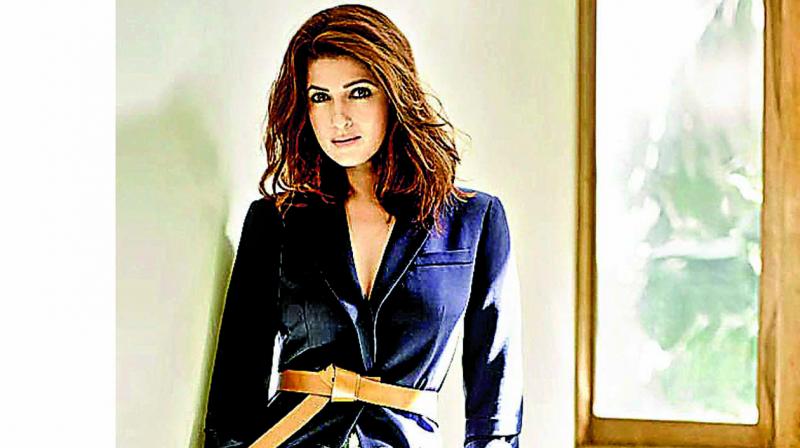 Twinkle Khanna has made no bones about her brand of feminism. So much so that the first movie she has produced, Padman, is based on issues around menstruation.

During the song launch of Aaj Se Teri, from the movie, Twinkle explained that the movie will highlight menstrual hygiene. “Padman professes the importance of the usage of pads during periods,” she said.

The movie stars her husband Akshay Kumar, and even though she has earlier said that he wasn’t the first choice for the lead role in the movie, Twinkle seems to be comfortable with the scenario now. At the launch, the couple walked in hand-in-hand, still much in love after over 15 years of marriage.

Sharing an anecdote, Akki reveals that their family doctor gets tired of Twinkle’s questions.

“Usually, before we go visit the doctor, she does a lot of reading around the symptoms and diagnosis. So much so that the doctor has to constantly reply to all her queries. My wife is really very particular and a total bookworm. The doctor then quietly tells me ‘Don’t bring your wife along. She has so many questions she needs answered!’,” he laughed.

But Twinkle has bigger things up her sleeve. With women-centric films, the former actress and columnist wants to bring a change in the thought process of people. “I think when it comes to showcasing women-centric issues, first of all the mindset of people must change. As women, we’ve actually just begun our journey — one for wanting equality. We’ve begun our journey, as you can see, all over the world. One for not being discriminated against because of our biological make-up and gender. So, I’d say that there are a lot of things we need to work towards,” she said.

On being prodded further, she added, “One, there is an inherent thought process, a mindset that even liberated people have while raising their daughters. Apart from inculcating the right values in your daughters, it’s very important to know what values you inculcate in your sons. So, I think that this is a process we need to start. In fact, I think, it has already begun.”