Salman Khan not a part of Kesari any more

Akshay Kumar confirms the title and Salman Khan’s departure from the movie; Katrina may star in the project. 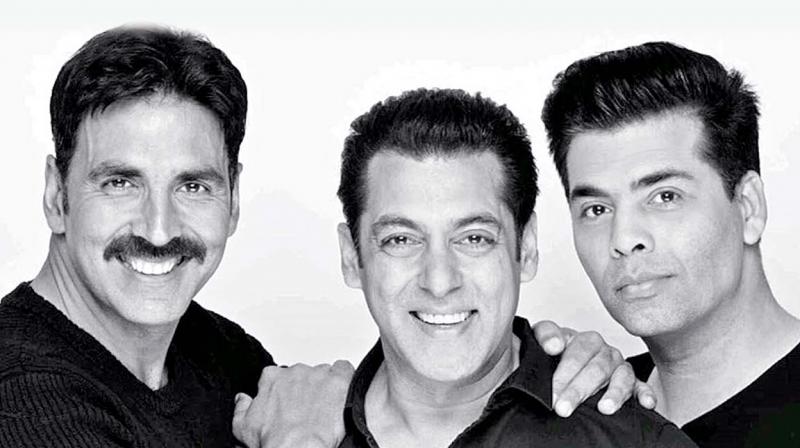 When Karan Johar announced the film Kesari with Akshay Kumar, Salman Khan’s name was missing from it.

“Yes, he was a part of it, but not now,” confirms Akshay Kumar, making it clear that the Tiger Zinda Hai actor no more has anything to do with the Karan Johar production.

Earlier, we had revealed that Salman had had a falling out with the Rowdy Rathod actor, since he wasn’t informed that Ajay Devgn was making a film on the same subject. Salman’s managers too did not communicate the same to him. The result was that not only did Bhai drop out of the project, he also changed his manager.

Akshay now reveals that he plans on starting work on Kesari immediately. “We start work on Kesari in January. But we will start the continous shooting after the release of Padman,” he confirms.

Based on the Battle of Saragarhi, Kesari is to be directed by Anurag Singh. While Akshay hasn’t confirmed the actress of the movie, Katrina Kaif and Parineeti Chopra’s names have been tossed up.

The fact that Katrina had candidly confirmed that she starts shooting for her next movie in January makes one raise their eyebrows for sure.