In an exclusive chat with Deccan Chronicle, Suchitra spill the beans on her film career. 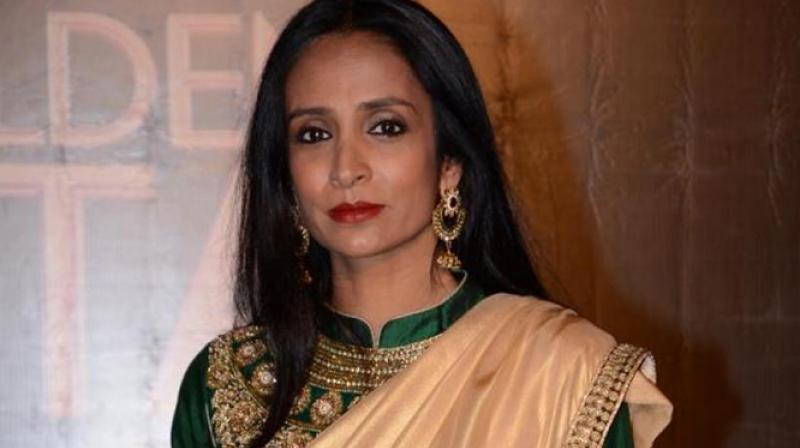 Suchitra Pillai, who is known for her noted roles in films like Dil Chahta Hai, Pyaar Ke Side Effects, Fashion and many more recently won accolades for her web series Romil Aur Jugal too. In an exclusive chat with Deccan Chronicle, Suchitra spill the beans on her film career, choosing parallel yet prominent roles, her recognition with The Valley and much more. Excerpts:

Tell us something about The Valley?

The Valley is directed by Saila Kariat. It is a very sensitive film that deals with teenage depression so I feel it’s a topic that people across the world should talk about. It is not only in America but in any modern family, it is a scare. The film itself is about the search of a father played by Alyy Khan as to why his younger daughter commits suicide. Alyy is a popular entrepreneur and think he has done his bit for the family by providing amenities. The mother played by me is a housewife and is responsible to take care of her daughters. She also has an extra marital affair and the daughter who kills herself gets to know about it and the parents feel that it’s their mistake. The elder sister is busy with her boyfriend in college and never had time for her sister hence she starts blaming herself. It is a drama where each one of us is trying to find the reason of suicide. As an actor, it was a very serious for me and it had the range and scope for me to perform as a mother and a lover. We shot and finished the film in 21 working days across locations in San Francisco.

Alyy and I have known for over 16-17 years so it was like a half battle won already. Since we had to play husband wife, the comfort was required. Nandini Srikent was doing the casting of the film and she asked me to send me an audition video but I insisted her to take an audition in her office. I was given the toughest scenes of the film; one was of around five pages and another one was of six pages. Later, I had a skype chat with Saila and I got the film. Everyone got along on the sets very well and the cast of the film is quite interesting. The film travelled to around 19 film festivals and bagging 2 best actress awards is a big thing.

Is it your conscious effort to not do lead roles and chose parallel ones instead?

It’s not a planned move and I have been lucky to work with talented directors Like Dada (Pradeep Sarkar), Madhur Bhandarkar in Satta, Page 3 and Fashion. I also did Dil To Baccha Hai Ji but that bit was chopped off. Then, Dil Chahata Hai and Pyaar Ke Side Effects. Those are character roles but well defined roles and they have been noticed. Since Bollywood is an insecure industry, so I keep in touch with my theatres. I compere events and music is my passion. I recently met Saif Ali Khan at an event, we relived Dil Chahata Hai. At MAMI, I met Sharmila Tagore, I told her 16 years back I slapped your son, and she laughed and said good that I did it. (Laugh)

We are hoping for the second season. In fact, we all our hounding the director Nupur. I told her to sit on our producer Ekta Kapoor’s head. Ekta loved the series so it will happen soon. I recently shot for another series called Kuch Kehne Ko Hai for Alt Balaji. I am also doing Zoya Akhtar’s Made In Heaven for Amazon Prime.