Video: Ayushmann, Rajkummar dance like there is no tomorrow at Bala success bash; watch

The 'Bareilly Ki Barfi' stars know how to party hard. 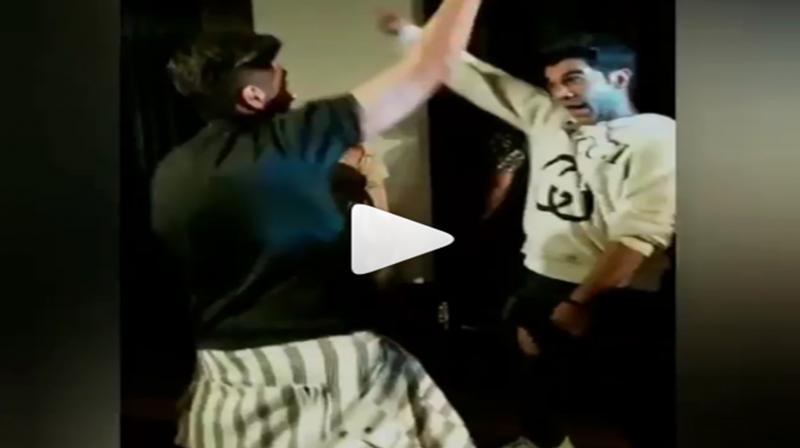 Mumbai: Bollywood actors Ayushmann Khurrana and Rajkummar Rao have always been considered as one of the buddy duos in Bollywood. The 'Bareilly Ki Barfi' stars know how to party hard.

Recently, at the success party of Bala, Ayushmann Khurrana indeed found a worthy dance partner in his friend and actor Rajkummar Rao. A video of them dancing like there is no tomorrow has gone viral on social media.

100 per cent certified terminators of the box office #AyushmanKhurana #rajkummarrao 🔥🔥🔥🔥🔥

In the video, one can see Rajkummar in his best mood as he is doing some crazy dance moves with Ayushmann. They can be seen burning the dance floor with their impeccable bhangra skills. Ayushmann was seen in a dark T-shirt and his shirt tied to his waist while Rajkummar was seen in a white sweatshirt and dark pants.