Anees feels one has to be very clear in the head about the target audience. 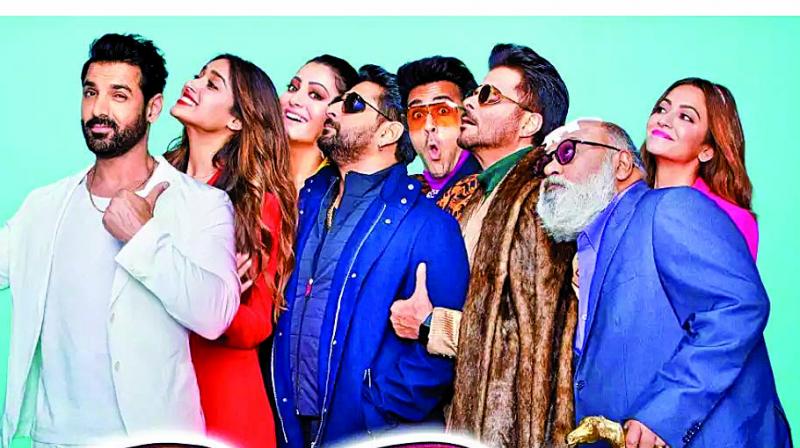 Apparently the producers of Paagalpanti are sure that the film would get a drubbing from the critics.

The Paagalpanti team is prepared for a critical backlash. John Abraham has already declared Anees Bazmi’s latest film as ‘critique proof’ which means film critics might as well save their breath for another day.

Adds Anees Bazmi, “I’ve always respected what critics have to say. But I don’t think the fate of Paagalpanti depends on what reviewers think. We’re all in it for the mood of fun. When Anilji (Kapoor) wants to please the critics, he does Ek Ladki Ko Dekha Toh Aisa Laga or the series 24. John Abraham has his Parmanu and Madras Café. These are the films whose collections depend to an extent on what critics think.”

Anees feels one has to be very clear in the head about the target audience. “It’s like going to a fun park. You go to a theme park or a funfair to unwind. I’ve directed Deewangee with Ajay Devgn, which critics loved.  But I’ve chosen to focus on out-and-out entertainers like No Entry, Welcome and Paagalpanti. These are stress-busters not potential award winners.”

Apparently the producers of Paagalpanti are sure that the film would get a drubbing from the critics. “But we are confident that the film will be a big hit, no matter what the reviewers think,” a member of the Paagalpanti team informed.