The melodious track sees 2 individuals embracing each others' imperfections and celebrating life. 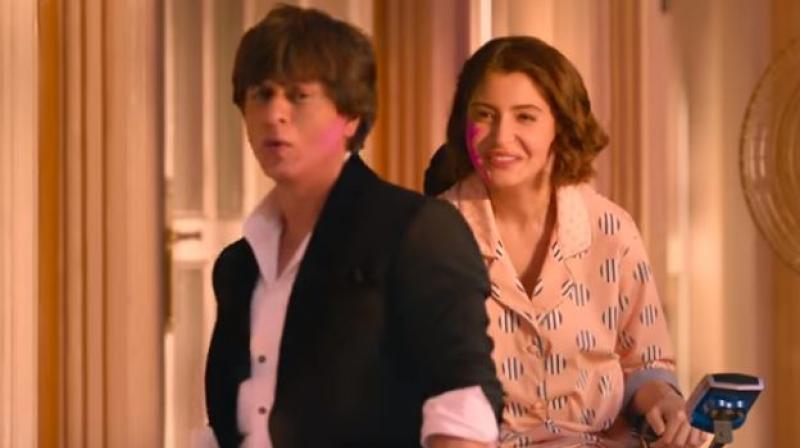 The song depicts a romance between equals. Bauua which is played by King Khan, tries different ways to impress Aafia, played by Anushka Sharma.

The melodious track sees two individuals embracing each others' imperfections and celebrating life.

The song has been composed by the music duo Ajay-Atul and penned by Irshad Kamil.

Glimpses of the song made its way to the trailer which released a few days back, and like each promo, this one is also impressive.

Aanand L Rai is known for his colorful depictions onscreen, is all set to present a visual treat that highlights the adorable chemistry between the couple. Talking about the song, Aanand L Rai says, "Mere Naam Tu is not just a romantic track; it has a magical quality of it, as we have attempted to celebrate the imperfections of everyone and feature a romance between two equal individuals. This was the first song shot for the film hence, most difficult as well. However, the video has turned out to be so beautiful that it will make you fall in love."

'Zero' presents the story of Bauua, a vertically challenged man essayed by Shah Rukh Khan. Set against the backdrop of Meerut, 'Zero' presents a unique as well as rooted story. Katrina plays a superstar and Anushka enacts a specially-abled girl.