Based on the book of the same name by Prayaag Akbar, 'Leila' starts streaming in 2019. 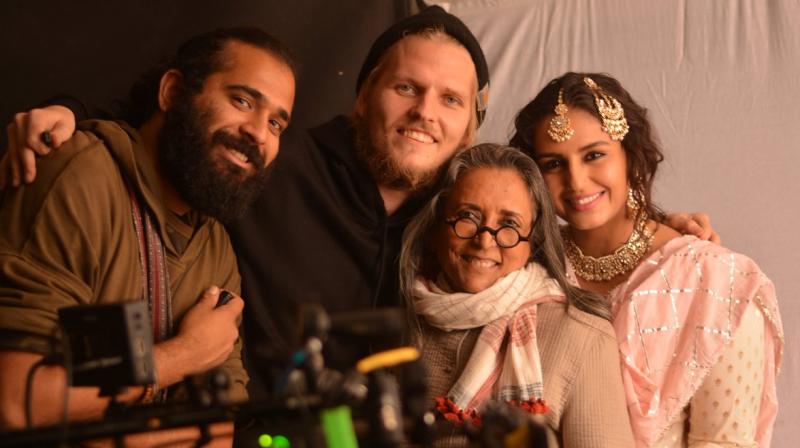 Deepa Mehta with the cast and crew on-set of 'Leila'. (Photo: Twitter/@IamDeepaMehta)

Deepa Mehta, who is known for critically acclaimed trilogy 'Fire', 'Earth' and 'Water', will also serve as the creative executive producer for the show. The team of directors also includes Shanker Raman and Pawan Kumar.

Sharing the news, Mehta wrote on Twitter alongside a picture with the team, "With stunning lead ⁦@humasqureshi⁩ and a crew to die for. Cinematographer Johan Adit and First A.D Vamsi Krishna ⁦@NetflixIndia⁩ #Leila"

Huma Qureshi had earlier shared a photo of herself and Deepa Mehta, sharing her excitement about her new project.

While Mehta is the creative executive producer, screenwriter Urmi Juvekar, whose past credits include 'Oye Lucky! Lucky! Lucky Oye!' and 'Detective Byomkesh Bakshy', is serving as the showrunner on the six-episode series.

Set in a dystopian world, the series will follow Shalini, a mother in search of her daughter Leila whom she lost one tragic summer.

Based on a book by Prayaag Akbar, the series starts streaming in 2019.