Entertainment   Bollywood  23 Nov 2017  I have had my share of love failures, says Raai Laxmi
Entertainment, Bollywood

I have had my share of love failures, says Raai Laxmi

Raai Laxmi in an interview with us, where she answers questions on casting couch, her remuneration, Julie 2, and more. 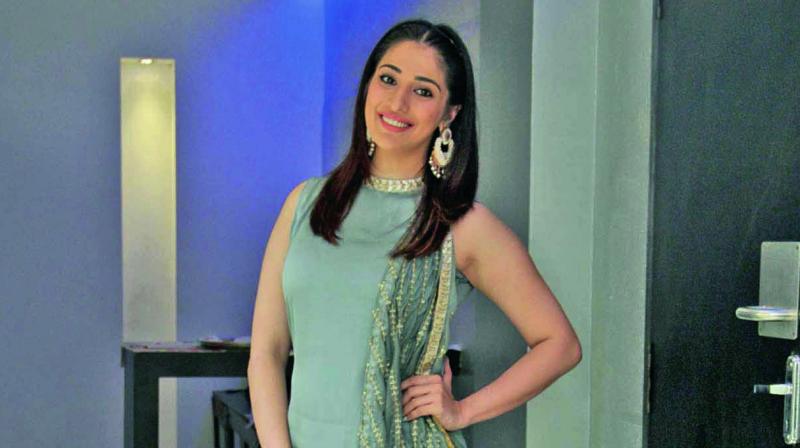 Casting couch exists in the film industry,” says Raai Laxmi  as she spills the beans on her significant 50th film Julie 2, which also marks her Bollywood debut. She claims she would have been a ‘superstar’ by now, had she agreed to the ‘casting couch’ demands, which she faced in her initial struggling years. In a freewheeling interview, Laxmi opens up on many issues including Padmavati film controversy.

“When a Hindi film offer came to me, I was really apprehensive to accept it and took a month’s time to give my nod. What attracted me was that Julie 2 is about how a girl struggles to make it big in tinsel town. It is about a heroine-centric movie about an actress. So, what else could be more apt than Julie 2 for my golden jubilee flick? I happily agreed. Though I was able to relate to a lot of things in the script, Julie 2 was one of the most challenging films in my career — mentally and physically.”

The story has a hard-hitting subject at its core, she says —  “It is about how a small girl is ill-treated by her foster father to go out and earn money and how she lands up in the film industry. The struggles she has to undergo to make it to the top forms the crux of the story. It is based on a real-life actress and incidents related to her.”

Though we prodded her more to reveal the name of the real-life actress, she refused with a smile saying that it will lead to complications.

There are umpteen number of lip locks and extreme skin show in the movie. Asked if she had any reservations about it, she quips, “Basically, it is a story of an actress and her life. It required certain kinds of glam scenes, which are justified in the film. I knew about it even before the film started. The film’s message is loud — if a girl has to achieve in life, she has to meet and confront a lot of men.”

Asked about the buzz that she had charged a high remuneration for the film, she replied, “I have taken a risk and I think I asked what I deserve. Also, there is a glam quotient tag to me, which eventually has become my USP. But I don’t think I will be able to do a similar film in south.”

The conversation then veers off to the casting couch scenario in the industry. When asked if she had such experience,  she replies, “I didn’t confront any such thing when I was launched by RV Udhayakumar sir in the film industry. But yes, after that I had four years of struggle and people have asked me indirectly. Had I said ‘yes’ then, by now I would have become a ‘lady superstar’ (smiles). I’ve no regrets; after being in the industry for 12 years, I’ve my own identity.”

But how does she handle such scenarios? “I am never rude or harsh. I will wish them and leave the place at once. And because of that, I was embroiled in several controversies. I am not saying all men are bad. There are many who are good and nice. The few who indulge in such things bring bad reputation to the industry.”

She quickly adds, “But Julie 2 is not only about casting couch. Talents and good looks are not enough to reach your goal. The idea the film conveys is that one needs to have luck or fortune to make it big.” On relationships and breakups, Laxmi says, “I have had my share of love failures. I am an emotional person and I believe that people who care for me will  comfort me when I am in turmoil. I was in five relationships. Though they didn’t work out, all of them are my friends now.”

Ask her about male actors being abused, she says, “Yes, it is true! I have seen this in the film industry.”

Reacting to the Padmavati controversy she says, “I don’t know what the film is all about and I cannot comment on it. But all said and done, harassing and life threatening an actress (Deepika Padukone) is unfair because she is an actress who enacts a role and is paid for her job. I have done a film in Bollywood and what I feel is that there are a lot of controversies in the industry. On the contrary, I feel south Indian film industry is more peaceful,” she signs off.