The makers have finally released a short clip when the two pairs of twins come together in one frame. 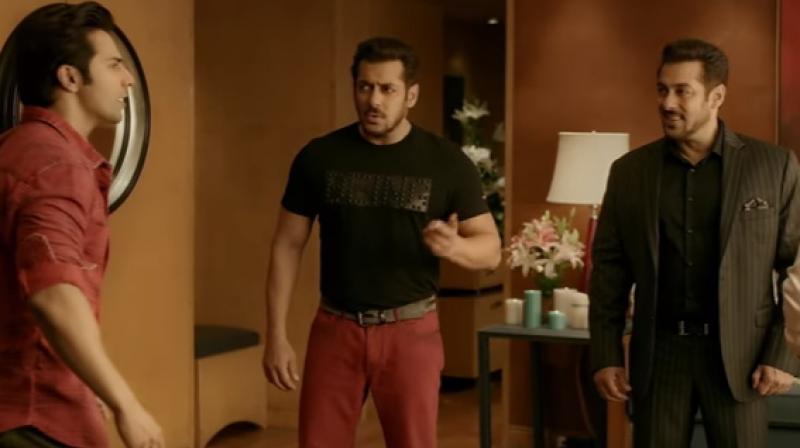 Salman Khan and Varun Dhawan in the video.

Mumbai: David Dhawan and Sajid Nadiadwala have brought back their popular 1997 film 'Judwaa' in a fresh avatar with Varun Dhawan stepping into Salman Khan's shoes.

Ever since the sequel has been announced, reports of Salman making an appearance in it have been doing the rounds.

Later, all speculation related to it were put to rest when a picture of Salman with the team went viral.

While Salman was standing alone in the photo, his twin avatar is also obviously a part of the sequel, revealed in a short clip from ‘Judwaa 2’ released by the makers.

This time after 20 years, the Judwaas Raja and Prem shed their clean-shaven avatars and are a lot bulkier as they remind Varun’s twin characters who is the original.

It would now be interesting to see the exact context of the scenes when the four characters come together in the comedy.