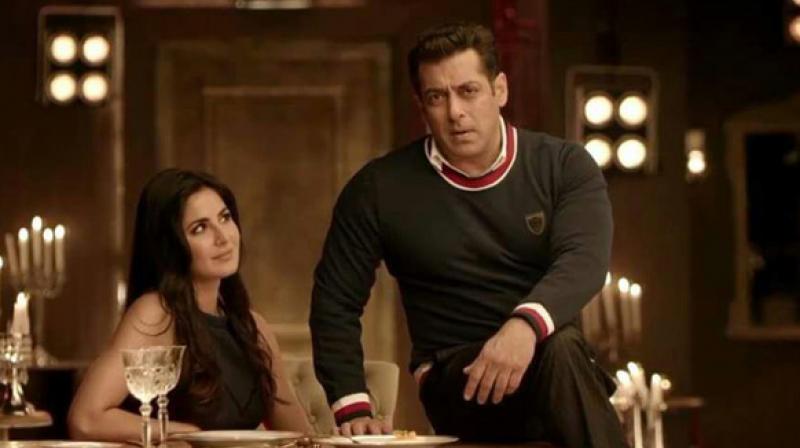 Salman and Katrina were last seen in 'Tubelight' and 'Jagga Jasoos' respectively, both films did average at the box office.

Mumbai: Salman Khan and Katrina Kaif have wrapped up the shooting of their upcoming film, 'Tiger Zinda Hai'.

The stars completed an elaborate schedule for the sequel to the 2014 movie in Abu Dhabi.

Film director Ali Abbas Zafar had teased fans with a string of pictures from the sets of forthcoming movie on a microblogging site.

The spy drama, which has elaborate action sequences, was filmed in the Emirates for 60 days.

An upcoming Bollywood film is supported by action coordinator Tom Struthers of 'Dark Knight' and 'The Dark Knight Rises' fame.

Zafar described the experience of shooting the film as "gruelling, challenging and a whole lot of fun".

"We've shot across pristine, relatively unseen locations in Austria, Morocco and shot on a huge lot in Abu Dhabi along with other spots. Right from the infrastructure, to the support that the local military has given us, shooting here was smooth and a great collaborative experience. Tiger and Zoya's second outing is going to be larger than life, and the shoot lives up to that," he said.

The 37-years-old director who previously worked with Salman on ‘Sultan’, wrote on his Twitter account: "Filming wrapped @TigerZindaHai @yrf in #Abudhabi ... looks like 22nd December is just around the corner . Good job team tiger will miss U.

With the principle shoot wrapped, only a song remains to be filmed for the movie.

'Tiger Zinda Hai' is slated to release on December 22.