Entertainment   Bollywood  23 Jul 2018  No two characters of mine have been similar, says Bhumi Pednekar
Entertainment, Bollywood

No two characters of mine have been similar, says Bhumi Pednekar

Actress Bhumi Pednekar talks about digital space, the typecast trend, and the kind of work she would like to do in the future. 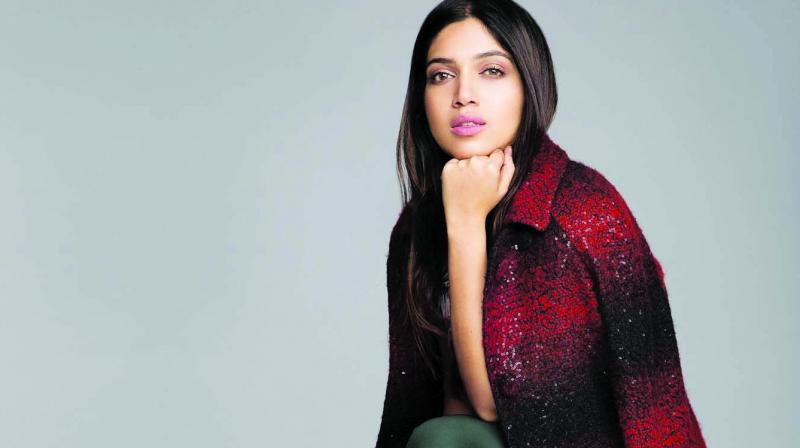 This unconventional beauty has carved a niche for herself in the entertainment industry, and her career’s going from strength to strength. Bhumi Pednekar, who believes that content is king, has fearlessly accepted some challenging roles, and she’s currently being appreciated for her performance in Netflix’s Lust Stories. We catch up with her for a quick chat.

Zoya Akhtar is very critical of her own work. How was it working with her on Lust Stories?
As an actor, I am someone who completely submits to the director. Yes, I did have my own take on a few scenes, but Zoya and I were on the same page. Luckily, both of us are very critical of our own work, and Zoya was clear about what she wanted to make.

Considering you are so picky, have you turned down a lot of offers?
A lot of the subjects that reach me are already filtered. That’s because my first film set the tone for the kind of films I wanted to do. For me, it’s not about the length of the part, but what the character contributes to the story. If the contribution is important and noticeable, then those are the parts I do.

Actors tend to get typecast. Do you fear that?
I’ve never feared it, but I have been asked this question many times. Maybe it’s because I have played a girl from rural India more than once. But I don’t think there is a chance of me being typecast because no two characters of mine have been similar. They might come from a similar setting, but they are all different. I put a lot of effort into trying to make my roles as different as possible.

Do you crave glam roles?
Absolutely! I have grown up watching films starring beautiful women like Madhuri, Raveena, and Karishma. I want to do all of the things they’ve done. But luckily, in today’s time, there’s a lot more that goes into a story.

I would like to glam up as much as required. I have no issues playing a simple girl either, because in real life I am nothing like my characters, so that makes it even more challenging. I am a Bombay girl, and since childhood, I’ve loved to get decked up.

What kinds of scripts are coming your way?
Right from my first film, I have been very fortunate. All my films have been different, all my characters have had strong stories to tell. It’s been a mixed bag, and I hope it continues that way.

What do you think of the digital space? Would you like to do a web series?
It’s become quite a large platform today. I am a die-hard supporter of what the internet has done for our fraternity, but’s not something I’m looking at for now. There’s a lot of commitment that goes into a web-series. I am already committed for the next two years. My segment in Lust Stories was just 20-minutes long and we barely shot for five days. But I wouldn’t do a web series at this point; in two to three years I may go for it.

Your sister Samiksha is a very pretty looking lady, and she’s quite active on social media. Does she have any plans to get into films?
She is beautiful, but she is a lawyer, and she is passionate about her work. As she rightly says, every pretty girl doesn’t need to be an actress. She is on her own journey, and a very successful one at that.

Do you plan on getting behind the camera, or getting into production at some point?
Yes, why not! I love this business and every aspect of it. Eventually, I would like to diversify, but I don’t know if and when I will be able to do that. I’ve always been a dreamer, and I would love to try something new.