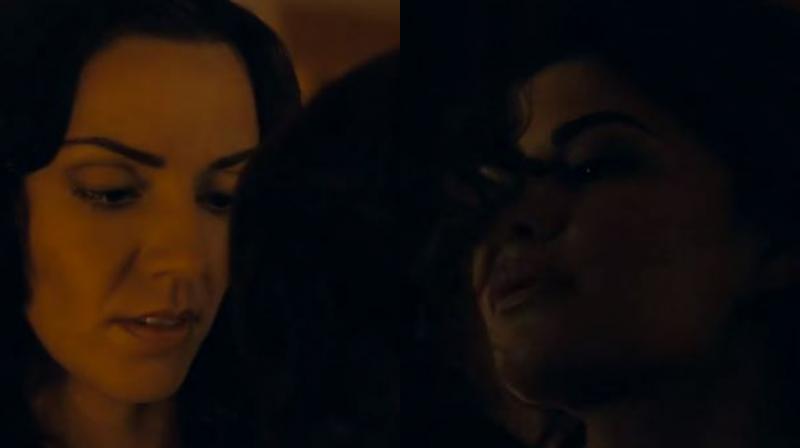 Jacqueline Fernandez in the trailer of 'Definition Of Fear'.

Jacqueline Fernandez, who is riding high on the success of her movie ‘Race 3’, might be super happy because her British psychological horror film ‘Definiton of Fear’ is finally set to release in Indian theatres.

The trailer of this film, which is all set to release in August, is out and Jacqueline seems to be playing a pivotal role in the film, as a psychologist who plays with minds.

In one such scene, Jackie is even seen having her first on-screen lesbian kiss. Watch it in the trailer here:

Jacqueline has kissed most of her co-stars in movies - be it Emraan Hashmi in 'Murder 2', Sidharth Malhotra in 'A Gentleman', Varun Dhawan in 'Judwaa 2' or Akshay Kumar in 'Brothers'.

Shot in 2014-2015, the film has made its round to numerous film festivals and is finally slated to release in India, where Jacqueline is currently working.

It is directed by James Simpson and was mostly shot in and around Ontario in Canada.