The most stressed person on the team is director Anurag Basu, who finds himself caught between the hotheaded exchanges between his lead pair. 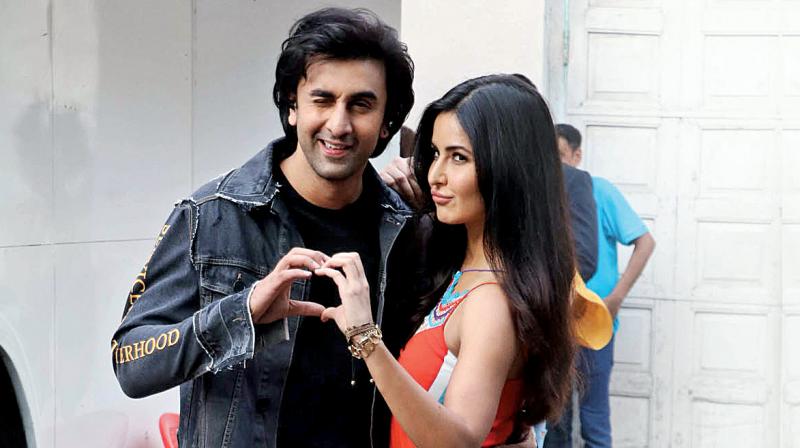 Was Katrina Kaif joking when she publicly declared that she would never work with Ranbir Kapoor again? She claims it was friendly banter and pre-planned for fun.

However, sources close to Jagga Jasoos mention that the bitterness between the former couple took the team by surprise. Everywhere that the ex-couple goes, they interrupt one another, challenge each other’s statements and openly ridicule each other’s assertions.

For all practical purposes, the now estranged couple’s decision to put aside their differences and promote Jagga Jasoos is a public embarrassment bordering on a disaster. It is quite evident from their public interaction that the couple parted on a bitter note.

When Katrina recently said she didn’t watch any of Ranbir’s recent films, he cattily replied, “But I watched all your films, even Fitoor and Baar Baar Dekho,” thereby drawing attention to her recent flops. And then he went on to ask her why she didn’t watch his film Tamasha. The slanted allusion was clearly towards Deepika Padukone’s presence in Tamasha, which kept Katrina away.

Says a friend of Ranbir, “His parting with Deepika was not bitter. They continue to be friends even as she’s moved on. But with Katrina, there is a lot of baggage; we can see that. And Jagga Jasoos has to bear that burden.”

The most stressed person on the team is director  Anurag  Basu,  who finds himself caught between the hotheaded exchanges between his lead pair. Ironically, Jagga Jasoos  is a children’s film filled with songs, music and laughter. The last thing it needs is a bickering cantankerous lead pair taking a swing at each other.