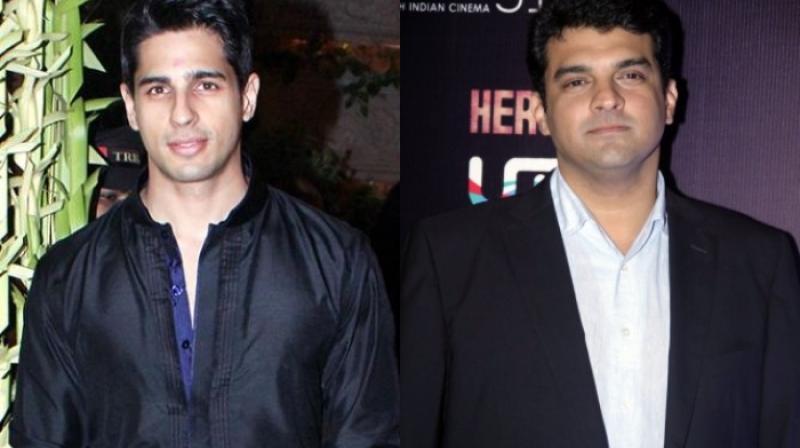 Mumbai: After terming the decision of imposing entertainment rate and service tax of 28 percent in GST on cinema tickets a huge setback, UTV's Siddharth Roy Kapur has finally found support in actor Sidharth Malhotra, who thinks the same.

The 32-year-old-actor took to Twitter to share the official statement of the President of The Film and Television Producers Guild of India and said that he hopes the authorities will listen to their request.

For the unversed, while talking about the new tax regime, the UTV head issued an official statement, stating his dismay over this action.

The statement read, "The GST rate of 28 percent announced on cinema tickets is a huge setback for the film industry. The industry had proposed a rate of five percent in our representations to the Government, in order to revive a business which has been struggling from lack of fresh investments in new cinema screens and a significant increase in online piracy. In the existing tax regime, the cinema exhibition sector was exempted from service tax and state VAT, and entertainment tax was the only tax imposed on cinema tickets by states and local bodies."

Adding, "The average entertainment tax collected nationally by the government across all states and languages was in the range of 8-10 percent of gross box office revenue. Hence logically the GST rate should not have been more than 12 percent, in order to avoid any exchequer loss. Instead, the Government has equated the film sector with the gambling and betting industries and taxed it at the highest slab of 28 percent, in addition to which local bodies across states have also been empowered to impose entertainment tax, which was earlier to have been subsumed within GST."

He felt disheartened to see that Government does not see the immense contribution Make In India film production sector can have in enhancing the soft power of the country.

The 42-year-old-proudcer concluded by saying, "Unfortunately, with such a lack of interest and support from the Government, the Indian film industry which should be one of the primary forms of cultural outreach from India to the rest of the world, finds itself in real danger of coming undone."