Entertainment   Bollywood  23 May 2017  Recognition is a reward in itself, says Vikrant Massey
Entertainment, Bollywood

Recognition is a reward in itself, says Vikrant Massey

Vikrant Massey, who is gaining a foothold in bollywood with his simple yet powerful performances. 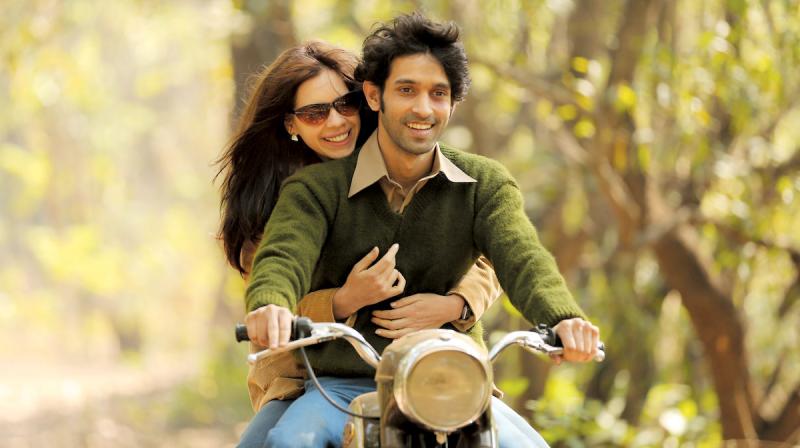 A still from the film A Death in the Gunj

Actor Vikrant Massey is one of those TV stars who has successfully entered the 70 mm space and decided not to look back. His simple yet promising performances in films like Lootera and Dil Dhadakne Do didn’t go unnoticed, despite small roles. The actor will be seen in the upcoming film A Death in the Gunj, the directorial debut of actress Konkona Sen Sharma.

In the city for the screening of the film at the Habitat Film Festival, Vikrant opens up about his journey from TV to films, his beliefs as an actor, his Delhi connection and more.

How was it working in A Death…?
It was a fantastic experience. I was working with Konkona in Lipstick Under My Burkha when she offered me this film. It felt surreal at that point of time but things materialised and I feel lucky to be a part of it. It has also been a learning experience for me as an actor, because I got a chance to work with actors like Ranvir (Shorey) and late Om (Puri)ji. I tried picking up little things from everyone. Most importantly, I learnt that they are all very simple people. That’s also because they are so rooted to reality. It seems the best way is to stay simple and rooted to your culture.

Journey from TV to films...
I was only 17 years old when I started my journey as a TV actor. I am what I am because of TV. These 13 years in the industry have been the most enriching years of my life. As a TV actor, I was making money and spending it, and always felt a certain void in terms of work. Then Lootera happened, and I decided that yahan tak aa gaya toh aage bi pahunch jaunga. I am someone who does not plan a lot. I go with the flow and I just want people to know me as an actor. God and people around me have been very kind to me.

Was it difficult switching mediums?
I have had my share of struggles, but not in the cliched connotation of struggle in the industry. People have appreciated my work and I have got more work because of that appreciation. For me, the most important thing is that I am hired for a project for a reason, and I need to deliver accordingly.

A Death… won the award for best direction in New York Indian Film Festival. What is it like to be a part of an award-winning film? How important is getting awards to you?
Recognition is a reward in itself. Any form of appreciation, even a small word, is important. For me, it feels great to be a part of an award-winning film but this was not something that we went looking for. It came our way because we have done a decent job as actors. And rewards are far more important than awards. A small compliment can be the biggest reward for someone.

What is the biggest reward that you have got?
People started recognising my work after Lootera and I am blessed that good roles in films like Dil Dhadakne Do, Lipstick Under my Burkha and A Death... came my way. People have wanted me to be a part of their stories, their dreams, which in turn became my dreams. This is a very fulfilling experience for me.

Despite being a part of strong and artistic cinematic work, many in the industry might still not recognise you. What do you think it takes to thrive and become the so-called star in Bollywood?
I’m not in a place to say this. I’m just three films old. I keep telling myself that only my performance should speak for me. With all due respect, I don’t think that having eight-pack abs or 21-inch biceps matter. What matters is how closely you justify what’s written on paper. And if people can connect with that, and if you are able to convey the right message to people, that’s the biggest reward. Being socially and morally real, and adapting to the changing times, is very important.

Any favourite director you would like to work with in the near future?
I am dying to work with Meghna Gulzar, Shakun Batra. I can work with Vikramaditya Motwane again and for the rest of my life!

Tell us a little about your Delhi connection.
Mera aur Dilli ka kaafi purana rishta hai! Delhi is my second home because I have many friends here, and family as well. I come here every second month… I really like the food here too.