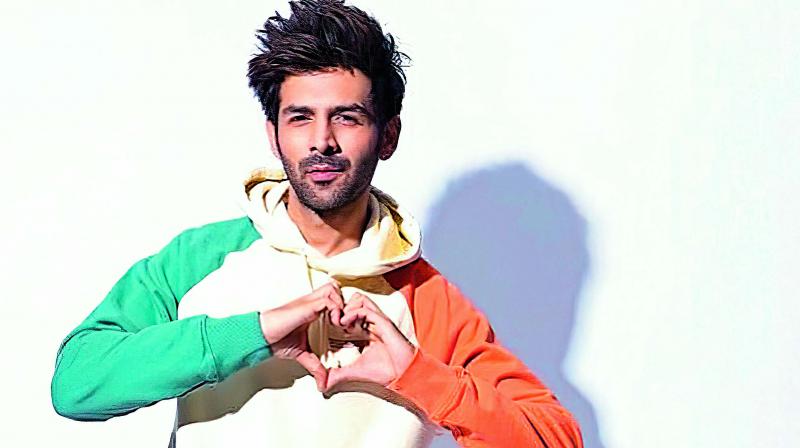 As celebrities are huddled up with their families under one roof, they have been actively giving their fans and followers a peek into the chemistry they share with their family members.

And in one such attempt, the Love Aaj Kal actor Kartik Aaryan put up a video with sister Kritika that has invited the wrath of the netizens for its misogynist undertones.

In a video that has  Kartik putting his head in the lion’s mouth, the actor is pretending to push his sister off the balcony after he dislikes a chapati made by her. While the video intended to draw humour out of the situation, it completely missed the mark, as filmmaker Onir drew the attention to it being suggestive of domestic violence.

At a time when the domestic violence is on the rise, the video is being called insensitive, especially when others from the film fraternity had recently made a plea to put an end to violence against women.

Taking it to Twitter, Onir called out the actor, saying: “Idiotic .. someone should tell him since he is too dumb to understand that a lot of responsible Film industry members have put out a message against domestic violence and this is NOT FUNNY. But then who are we taking to ...” It can be recalled that previously Kartik had been put under scrutiny for his sexist monologue in the film Pyaar Ka Punchnama.

While there’s no doubt that our actors are uploading content on the social media to stay relevant under lockdown, singer Sona Mohapatra took it the extra mile, accusing Kartik of riding the misogyny wave as a means of gaining publicity.

The singer tweeted: “I have begun to believe that this is a new PR strategy for many. Put out misogynistic content or even hire a multiple #MeToo accused & then wait for the feminists to speak up & protest & thus amplify? Free ka publicity. Case in point Kabir Singh, Indian Idol & maybe this too?”
After receiving the unbridled flak, Kartik has now deleted the controversial video.