Vidya Balan on her radio debut, the Cobrapost stint and whether banning Pakistani artists was the right decision. 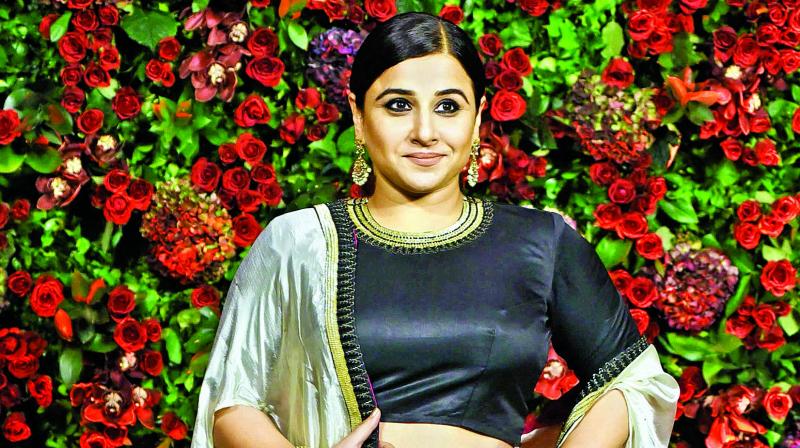 “When I was offered the show to be a radio jockey, I wondered what can I do on radio. The jokes are really good but the idea Dhun Badal Ke Toh Dekho was phenomenal. I won’t give a chance for anyone to talk because I love talking. When you keep talking to people, you understand issues, relationships and oneself better. We have not come to change the world. We need to change oneself,” says Vidya.

One of the issues that Vidya will be talking about is on the perfect shape that girls want to attain.

“I have experienced it throughout my life. Call it the judgement of the body or body shaming because I am not the perfect body type that heroines normally are. Growing up I was not even the perfect body type that boys would fall for. I always felt that I was happy with myself but then I used to be called moti (fat) throughout school. And, when I would walk with a thin friend of mine, we were called Laurel and Hardy. When I went to do films, people looked at me and asked ‘you want to be an actor? It breaks your confidence. Body confidence is extremely important,” says Vidya and adds, “But I felt that people, though not consciously, were making me feel less than what I thought of myself in my body. Now I am very comfortable. I think I have come a long way.  But women and teenage girls - 370 days out of 365 days in a year fall prey to this. It affects us. There are some who think, ‘I should not wear sleeveless because I have fat arms’. We are all beyond the body but we are only seeing ourselves in terms of the body.”

Apart from talking about issues like child sexual abuse and adoption, Vidya also wants to have some fun on the radio. “Why should only youngsters romance? Why is it so difficult for us to understand that there is more than the romance between our parents? Else we wouldn’t have been born. On a personal note, I will make sure that I will keep the romance in my marriage burning till the end. I don’t know what my husband Siddharth (Roy Kapur) thinks about it, lekin woh phas gaye hain!” she laughs.

Vidya had recently refused a fake offer to promote a political party through the Cobrapost sting. But she says it was her prerogative. “I cannot pass judgement about anyone else. I am uncomfortable doing it so I didn’t do. To each his own,” she says.

As for the recent decision by film bodies not to work with Pakistani artists or release films in Pakistan, Vidya has a strong opinion. “We have to take a stand. I think there should be no boundaries in art, but this time yaar, bahut ho gaya! I myself feel that there is no better way to bring people together than the arts like music, films and theatre. For now, we should take a break... some tough calls need to be made. We, as Indians, are very large-hearted and forgiving, but after a while…” she trails off!