This collaboration is truly special as it’s for the first time they have come together as actor-producer. 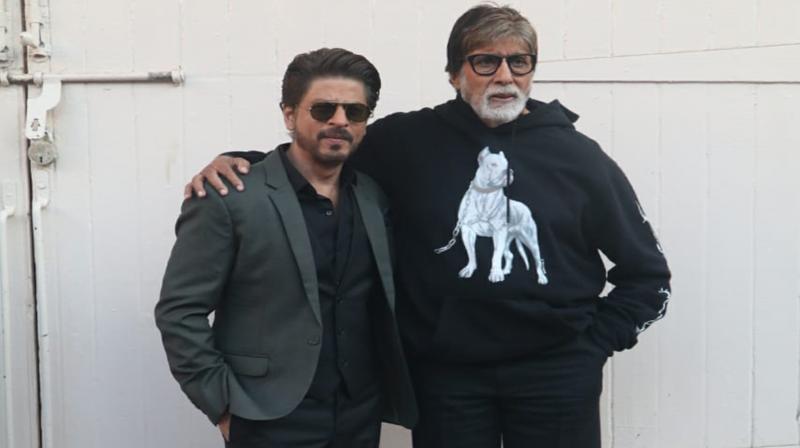 Mumbai: Two of the beloved stars, Shah Rukh Khan and Amitabh Bachchan have come together for a project in a capacity of producer and actor for the very first time.

This collaboration is truly special as it’s for the first time they have come together as actor-producer.

In fact, the duo has even shot for a very special video unit at a suburban studio which is set to release soon. The video will showcase SRK and Amitabh indulge into an exclusive and an extensive conversation over the film and lots more.

Though we have seen the duo come together in many films from Kabhi Khushi Kabhie Gham to Veer Zara, this would be for the first time they are coming together as actor-producer.

Badla, starring Amitabh Bachchan and Taapsee Pannu, appears to be an intriguing murder mystery. The trailer has left audiences wanting more because of the series of events that follow in the trailer.

Badla is presented by Red Chillies Entertainment in association with Azure Entertainment, produced by Gauri Khan, Gaurav Verma, Sunir Kheterpal and Akshai Puri, the crime thriller is directed by Sujoy Ghosh, starring Amitabh Bachchan and Taapsee Pannu in the lead roles is slated to release on 8th March 2019.