Entertainment   Bollywood  23 Feb 2017  Watch: Phillauri's Whats Up all set to be wedding anthem of the season
Entertainment, Bollywood

Watch: Phillauri's Whats Up all set to be wedding anthem of the season

Visuals of Anushka feeling excited and dancing at a wedding in real and as a ghost in the modern wedding are brilliant. 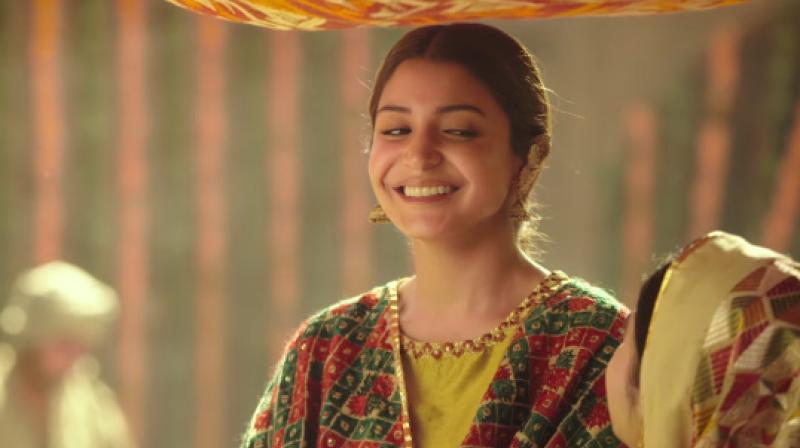 Anushka Sharma in 'Whats Up' from 'Phillauri'.

Mumbai: Anushka Sharma's second production 'Phillauri' has been generating substantial amount of buzz since the launch of its trailer few days ago.

The first song from the film, ‘Dum Dum’, showcased brilliantly the relationship between the characters of Anushka Sharma and Diljit Dosanjh as they exchanged glances before eventually falling in love with each other.

The second song, ‘Whats Up’ is completely the opposite of the Sufi-based romantic song and is an extremely high-on-energy wedding song.

The story of the film traces the journey of a ghost, played by Anushka Sharma, arriving in the present to resolve an issue from the past and this song brilliant displays weddings from both the eras.

Visuals of Anushka feeling excited and dancing at a wedding in real and as a ghost in the modern wedding give an idea about the story of the film.

With most of the lyrics of the song in Punjabi, no one better than Mika Singh could have perhaps done justice to the song.

‘Phillauri’, directed by Anshai Lal and produced by Anushka and her brother Karnesh, along with Fox Star Hindi, is gearing up for release on 24 March.