In an earlier interview to DC, Thiagarajan had revealed that his son Prashanth would reprise the role of Ayushmann Khurrana as the blind pianist. 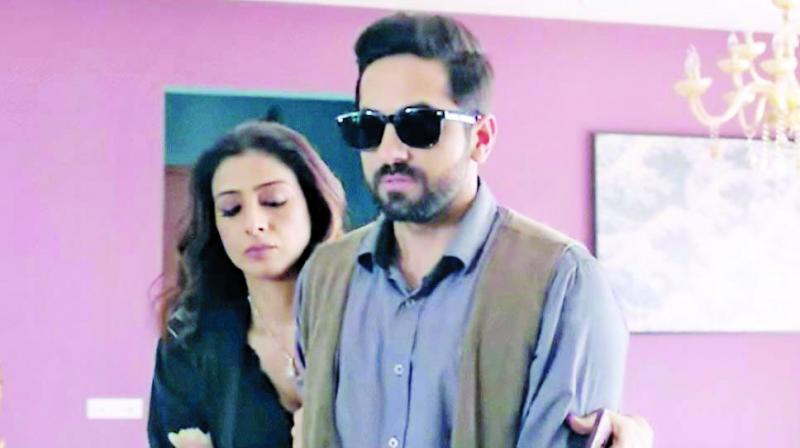 A still from Andhadhun Movie

Fighting off competition from the likes of Dhanush and Siddharth, ace actor/producer Thiagarajan managed to procure the Tamil remake rights of multiple-award-winning Bollywood crime thriller Andhadhun. Now, informed sources say Mohan Raja, who has to his credit several hits with his brother Jayam Ravi (most of them remakes of Telugu hits) and a straight blockbuster Thani Oruvan, has been roped in to wield the megaphone.

Since a project Mohan Raja had announced earlier, a sequel to Thani Oruvan with Jayam Ravi, had got delayed and a quickie he planned in Telugu with Allu Arjun did not firm up, the handsome filmmaker had signed on to direct the Andhadhun remake, the sources said. The buzz is that he has been paid a huge remuneration.

An official announcement is expected soon.

There was speculation earlier that Gautham Menon would helm the Tamil remake. However, he was reportedly not keen on the project due to prior commitments.

In an earlier interview to DC, Thiagarajan had revealed that his son Prashanth would reprise the role of Ayushmann Khurrana as the blind pianist. He said Prashanth had undertaken rigorous workouts and shed 20 kilos to achieve the right physique for the role. It was Thiagarajan’s proximity to Sriram Raghavan who directed and produced Andhadhun which helped him pip others to the post.