'Sultan' has bagged top three honours at the Tehran International Sports Film Festival, while 'Bajrangi Bhaijaan' will release in China. 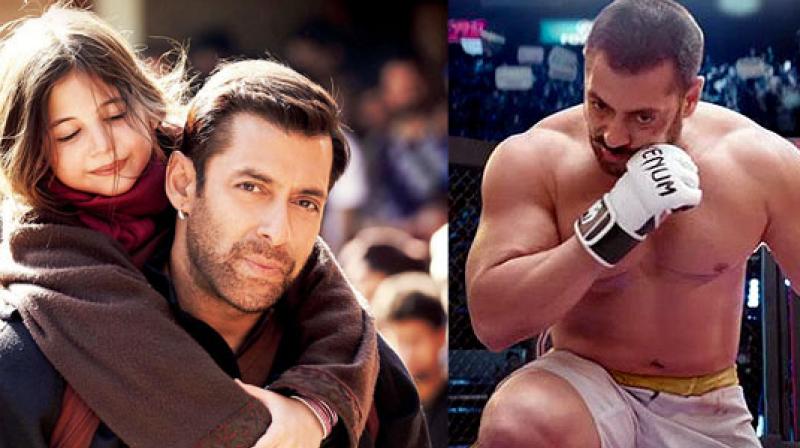 Salman, who played the titular role in the romantic wrestling drama, was adjudged as the Best Actor and received an honorary diploma in the Long Narrative section.

Anushka won the Best Actress trophy and an honorary diploma in the Long Narrative category.

Director Ali Abbas Zafar also won an award and an honorary diploma for the Best Director of Long Narrative.

"'Sultan' has cut across borders cultures and languages with its powerful story, performances and honest belief in the life-changing impact of a sport.

"The team and I are very thankful to the organisers at Tehran International Sports Film Festival for their appreciation and love," Zafar said in a statement.

Meanwhile, Salman Khan's another blockbuster film 'Bajrangi Bhaijaan' is set to have a release on 8,000 plus cinema screens in China, producer Eros International has confirmed.

The film will release on March 2 during the Chinese Lantern Festival. The movie is the first Salman-starrer, which will release in the country.

"China has emerged as an important market and major box office earner for Indian films in recent years, what with the recent success of 'Dangal' and we are delighted to partner with E Stars to showcase our film to China.

"Our Indo-China co-productions are still in the making which we are extremely excited about, meanwhile what better film than 'Bajrangi Bhaijaan' starring one of India's most loved superstars that weaves the universal story of cross border friendship to release in a growing market like China," Jyoti Deshpande, Group CEO, Eros International, said in a statement.

The drama, directed by Kabir Khan, features Salman as Bajrangi, an ardent devotee of Hindu deity Hanuman, and his arduous journey to reunite a six-year-old Pakistani girl with her parents.

Eros released 'Bajrangi Bhaijaan' across 4,200 screens in India and over 700 screens in the international market on July 17, 2015.