The actress, who will resume working on Saaho with Prabhas now, will turn her attention to horror-comedy film Stree next. 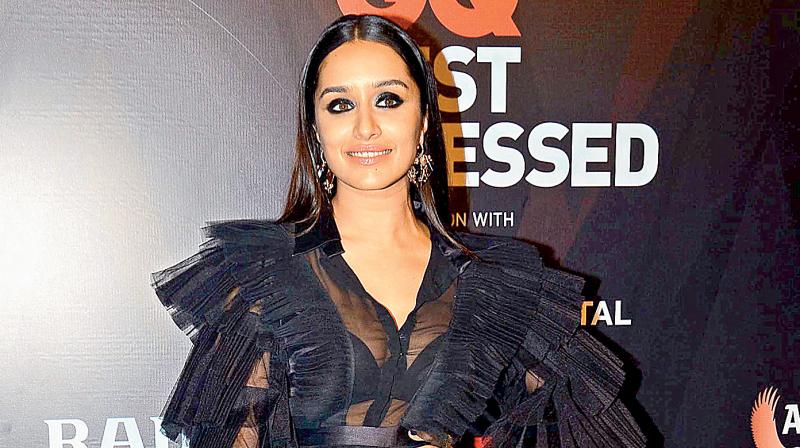 Shraddha Kapoor has confirmed that the biopic on ace Indian shuttler Saina Nehwal is not happening any time soon.

“Right now, I’m working on Saaho, and then I will be shooting in Chaderi for Stree. Saina will definitely be happening later,” she says.

Meanwhile, Shraddha, who has signed her first horror movie, will be facing the camera for Amar Kaushik and Dinesh Vijan. “I’m off to Chanderi now for the shoot of Stree. It’s my first movie in the horror-comedy genre, and I’m pretty excited about it. I will be away and won’t be able to watch films like Padmaavat and Pad Man. But I do wish to watch them soon,” says the actress, who will resume shooting for Saaho soon, too.

About her co-star, Shraddha gushes, “Prabhas isn’t just a good actor, but a good human being too. I’m pretty happy to be working in my first Hindi-Telugu bilingual, which will also be dubbed in other languages.”

Quiz her on whether she’s aware of Prabhas’ wedding, which his uncle Krishnam Raju confirmed will happen this year, and Shraddha ducks the question. “I don’t know; you will have to ask him about it,” she smiles.