PadMan team wants to latch on any date we choose, jokes Sidharth Malhotra

'Aiyaary' is now all set lock horns with Akshay Kumar's 'PadMan' on February 9. 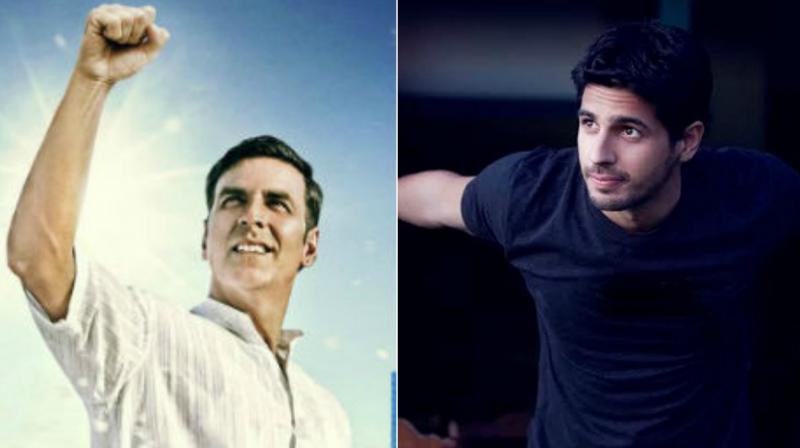 In the interview with DNA, when asked about the box office clash of 'Aiyaary' with Akshay Kumar's 'PadMan', Sidharth replied, "For us, our life is back to square one. We thought we were being gracious enough and moving forward for an easy and solo release so that more people can see our film. It was also more of a production call and rightfully so because the numbers are affected in a way."

"But we were never shying away from a clash, it was purely to avoid three films coming on January 26. And I think there’s an immense amount of love from Pad Man team who just want to latch on to any date that we come on and they are just not letting go (laughs). So, again, we are pretty happy and confident of our film. Two films will come on a particular date so there’s not much that we can do. Now, people will have two films to watch. Let’s see...", the 'Baar Baar Dekho' star added.

I won’t say that every relationship in the industry is easy to maintain or grows with time, but there are exceptions to the cases. It’s also very situational. Relationships in the industry are very fragile, I agree with you.

'Aiyaary' is slated to release on Feb 9.