Kay Kay not so happy with critics

However, Kay Kay feels it’s time for a more enlightened audience to respond favourably to a different kind of filmmaking. 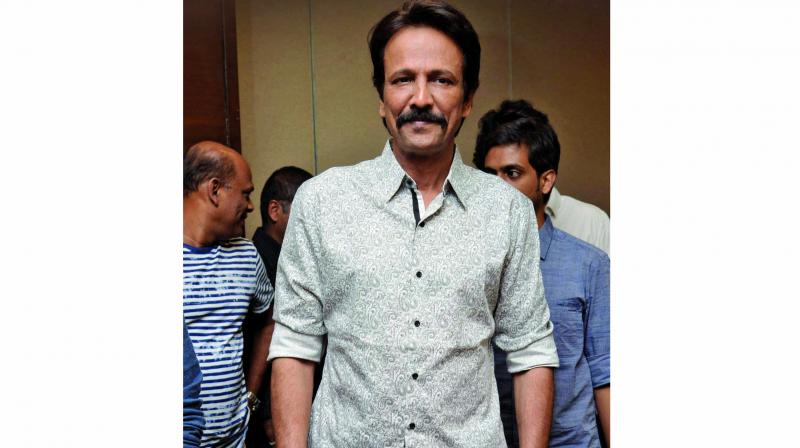 For 22 years, the vastly under-used actor Kay Kay Menon has been romancing the fringes of Bollywood cinema, with performances that define peripheral brilliance. But Kay Kay is embittered by the absence of endorsement for his talent.

“Sometimes I feel I should just do the normal run-of-the-mill commercial films and play the filmy hero. I can do it very convincingly, I’m sure of that. It gets very lonely, when one is perpetually trying to do something unexpected, out of-the-box. The critics judge the off-mainstream films by the same yardsticks as the big commercial films. That’s not fair. Only we know what odds we work against,” he says.

Kay Kay is wounded by the lack of appreciation in his career. “Do the critics realise what it takes to go from Reema Kagti’s Honeymoon Travels Pvt Ltd to Ram Gopal Varma’s Sarkar to Shourya? Then, you read the reviews and you see you are barely mentioned. Even for Haidar, the critical acclaim was reserved for Shahid Kapoor and Tabu. I was a mere incidental attraction. That’s why I am sometimes tempted to just play the star-centric characters,” says Kay Kay with a wry laugh.

While his earlier triumphs range from Hansal Mehta’s Chhal to Vishal Bhardwaj’s Haidar that have drawn attention to the nearly insurmountable troubles he had to face, the actor will next be seen in Vodka Diaries.

“We had a measly budget for Vodka Diaries, and we were given just 20 days to shoot in Manali. We somehow had to complete the film during that time. Do the critics realise how tough it is for us to shoot small-budget films? They judge us by the yardsticks of the big blockbusters and find us lacking. This is a really sad,” he rues.

However, Kay Kay feels it’s time for a more enlightened audience to respond favourably to a different kind of filmmaking. “In our country, if an actor plays a negative character, his performance is disliked. This is a very dangerous situation for any thinking actor,” he concludes.