However, not only has her star husband taken over the role, but he will also not be playing the role of a Tamilian any longer. 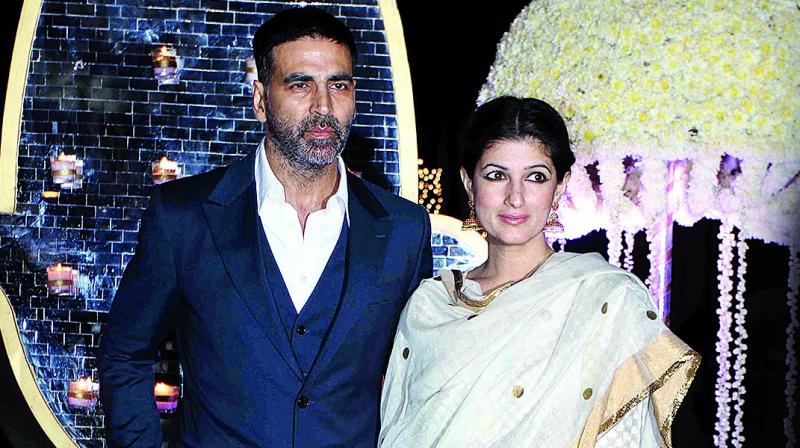 From toilet hygiene to sanitary napkins, Akshay Kumar seems destined to embrace the world of sanitation in 2017. If sources are to believed, Twinkle Khanna’s first production Padman about the Tamilian economical sanitary-napkin manufacturer Arunachalam Muruganantham was to be played by a Tamil actor. However, not only has her star husband taken over the role, but he will also not be playing the role of a Tamilian any longer.

Says a source close to development, “The director R Balki is Tamil himself. He wanted to cast Dhanush with whom he has worked in Shamitabh. But Mr & Mrs Akshay Kumar wanted the resident superstar to play the sanitary-napkin man. So now the character’s cultural profile has been changed. He will no longer be Tamil but will address himself to a pan-India audience.”

When quizzed if Akshay Kumar will turn Muruganantham into a Punjabi the source quickly explained, “No no, nothing like that. He will now not be culture-specific. Who kahin ka bhi ho sakta haiv (he can belong anywhere).”