Koffee with Karan: Priyanka Chopra confesses she kissed her ex

During the Coffee Shots round, Priyanka confessed some of her shocking secrets. 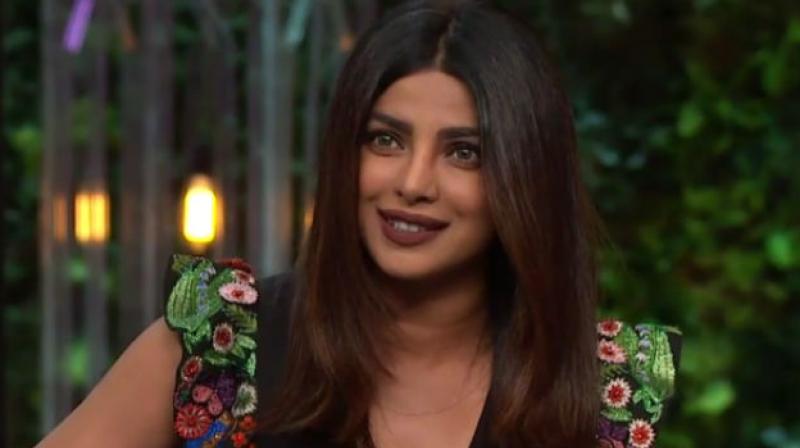 Priyanka Chopra on 'Koffee with Karan' this season.

Mumbai: Priyanka Chopra has been a constant fixture on Karan Johar's popular chat show 'Koffee with Karan' over the years and fans of the actress were keen to see who should would be paired with on the show. However, Priyanka made a solo appearance but was at her entertaining best in her episode which aired on Sunday.

The host started throwing wicked and witty questions at her but the lady replied sportingly. During the Coffee Shots round, Priyanka confessed some of her shocking secrets.

The rule of Coffee Shot is pretty simple. The two will have to gulp down a coffee shot if their answers are positive to the questions asked and guess what? Priyanka chugged a lot of shots.

Karan questioned Priyanka whether she has ever kissed an ex after she broke up and she nodded in agreement while taking the shot. That's not all. The lady gulped more coffee shots when Karan asked her about having phone sex and sending lusty messages. Now that's some revelation!

Furthermore, Karan talked about role play, saying, 'I can't toh fit into one.' To which, Priyanka suggested Karan to become a nurse.

Priyanka recently won People’s Choice award for 'Quantico' and will be next seen in her first Hollywood film 'Baywatch'.