With big-budget movies taking up maximum screens across theatres, small budget films have to make do with fewer screens in city theatres. 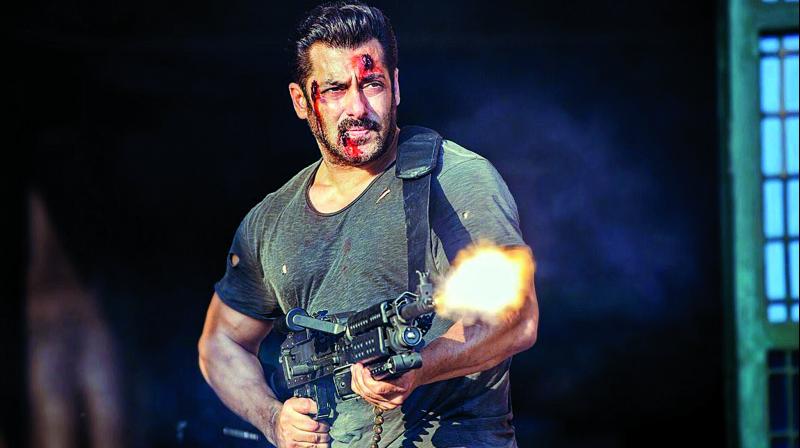 After the 2012 Ek Tha Tiger pleased audiences everywhere, the second movie of the franchise premiered on screens today.

Salman Khan fans have had a long wait for Tiger Zinda Hai to hit theatres. After the 2012 Ek Tha Tiger pleased audiences everywhere, the second movie of the franchise premiered on screens today.

Just a little while before the film could see the light of the day, Maharashtra Navnirman Sena (MNS) chief Raj Thackeray made it public knowledge that he was unhappy with the way Marathi language film Deva suffered a loss of screens because it is releasing alongside Tiger Zinda Hai. He even went on to issue threats to cineplex owners, telling them to screen Marathi films on primetime because they don’t get enough slots. “Why should regional films bear the loss over big-budget star releases,” he was reported saying.

Explaining how big-budget films have the muscle power, film analyst Omar Qureshi says it depends on a movie too. “Bigger films demand more screens. Because they come with substantial financial backing, the allocation of screens for them in higher,” says Omar.

This isn’t set in stone though, the trade analyst points out. There are other factors coming into play as well. When Golmaal Again and Secret Superstar clashed at the box office, the latter was given fewer screens (despite Aamir Khan backing the project) — solely because the audience likes what it likes.

The complaint of Marathi films suffering at the hands of bigger Hindi movies isn’t a fresh one. Even actress Pallavi Joshi finds it difficult to locate a theatre screening Marathi language films. “I have to search for Marathi film across multiplexes in my area. Even on booking sites, they appear on the ninth or the 10th place. And people don’t really scroll down that much. I have also seen many Telugu films taking precedent over Marathi films,” rues Pallavi.

But Rajesh offers an explanation from the other side of the table. “Multiplexes obviously will play up films with bigger budgets, because that is what is churning out the audiences,” he begins.

“With smaller films, people may not even enter the theatre. And with no audience, they are eventually pulled down on the weekend itself. Following this, the slot is given to bigger films,” he says.

The distributor adds that cinema owners are just desperate now. “Cinemas have been dying for a year now owing to poor performances of films. Now is the time for them to recover the lost money. And a big film is the only formula,” he slowly says.

At the same time, there doesn’t seem to be any logic behind this hullabaloo. “Big budget films announce dates a year in advance and this is very much public knowledge,” says Pallavi.

Either way, there are no qualms about Tiger Zinda Hai trumping other films for the next couple of weekends. “Firstly, it is sequel to a superhit Salman Khan film. Secondly, the holidays are here. I don’t see any reason why this doesn’t pull an audience,” Omar concludes.