Sky’s the limit for Qutub-E-Kripa!

The musicians have become quite popular after their songs in Lake of Fire got shortlisted at the Academy Awards. 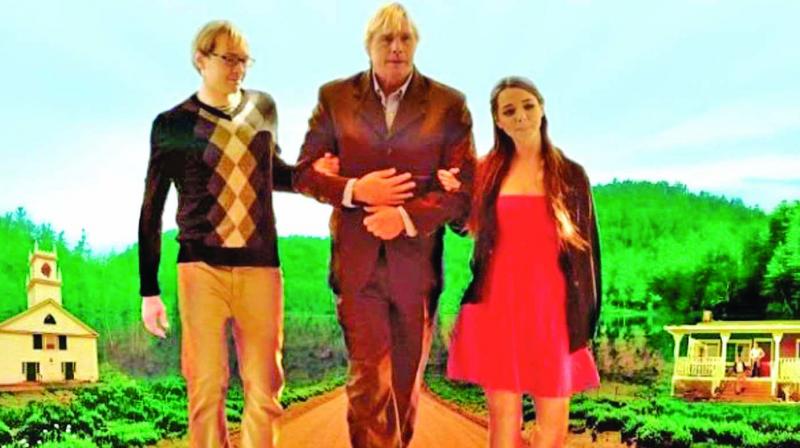 Ever since the 2018 Academy Awards shortlists for the Best Original Song and Best Original Score were announced, the promising young musicians from Qutub-E-Kripa have become quite popular.

The team, which is an ensemble of student musicians from A.R. Rahman’s school, KM Music Conservatory, is now over the moon as three of its songs, I’ll be Gone, Have you Ever Wondered and We’ll Party All Night, from Raj Thiruselvan-directed film Lake of Fire, are among the ones shortlisted for the Best Original Song at the Oscars.

In a chat with us, Jerry Silvester Vincent, from Qutub-E-Kripa, speaks about how his team members were pleasantly surprised when the shortlist was announced, how the songs would get a bigger recognition in the near future and more.

“Actually it’s a very pleasant surprise — I didn’t know about it until A.R. Rahman sir sent a congratulatory email. Only then, I went and checked in the official website! The whole team is pumped up with this recognition,” states Jerry, adding, “None of us expected this. Even while submitting the songs to the Academy, we didn’t have much expectation and thought, ‘let’s just submit and we’ll see how it pans out.’”

Sharing about the response they’ve garnered for the songs from the film, he says, “Since it has had its release only on Google Play and iTunes so far, we’re not sure how the reception would be once it gets a bigger release — probably once it comes out on YouTube, we’ll be getting a wider recognition from the public. But all my friends, who heard the songs, loved it unanimously.”

The recognition from the Oscars also has much to do with the determination of the director, who made sending the songs to the Grammy and the Academy Awards the top most priority — right after they were composed.

In an earlier interview with us, the Hollywood filmmaker emphatically remarked, “We want to show that Indian talent is equal to that of Hollywood. Qutub-E-Kripa worked for almost nine months on this project and the output is of international standards. We are planning to send our songs to the Grammy Awards and the background score for the Academy Awards.”