Entertainment   Bollywood  22 Dec 2017  Ranbir reveals why he was both sad and happy about Anushka's marriage to Virat
Entertainment, Bollywood

The actor had an interesting reaction to the wedding of the year, when asked by fans during a Twitter chat. 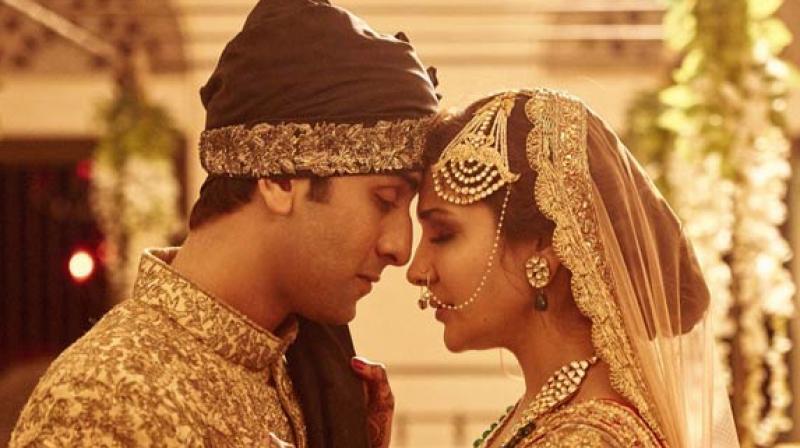 Mumbai: Till their official confirmation on Twitter, Virat Kohli and Anushka Sharma had successfully managed to keep their wedding under wraps.

Just days after Anushka’s ‘Jab Tak Hai Jaan’ and recent Shah Rukh Khan film co-star Katrina Kaif had revealed that she was clueless about the wedding plans, another of her co-actors has said he was unaware of the plans.

We are talking about Ranbir Kapoor, who has worked with Anushka in ‘Bombay Velvet’, ‘Ae Dil Hai Mushkil’ and the Sanjay Dutt biopic.

Ranbir, who is not on any social media, came on a live chat with fans on his Twitter fan club, on Thursday.

And considering his association with Anushka, questions about the wedding of the year, were inevitable.

With Anushka being all decked up at her real wedding like she is in ‘Ae Dil Hai Mushkil’, a fan told Ranbir that their wedding was incomplete without him crooning to the film's song ‘Channa Mereya.’

The actor said he was sad as he was clueless about the wedding, but also happy as he had never seen her so happy and beautiful.

I felt sad because I had no idea about it but I felt happy because I’ve never seen her so happy and beautiful https://t.co/WxVXilNBlJ

When another fan asked about Virushka wedding, he joked that he was waiting to attend with Mehendi on his hands, just like he has in the song, but that he was not invited.

I was waiting to attend with Mehendi on my hands but they didn't call me :(

Incidentally, a meme featuring Ranbir from ‘Channa Mereya’ song in between Virat and Anushka in their wedding picture had also gone viral.