The two successes were the saving grace for Bollywood in the list dominated by Tamil, Telugu and Malayalam films. 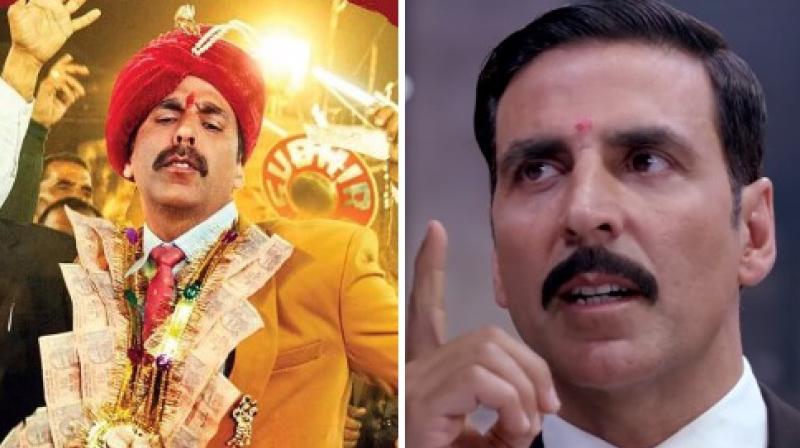 Mumbai: While there is no fixed criteria to check the popularity of a particular star of film, statistics help in giving us a rough idea about it.

One such platform, IMDb, had used statistics to come up with a list of the top Indian stars of 2017 on their platform and had given us an indication that South celebrities enjoy massive popularity.

That was, however, all thanks to three ‘Baahubali: The Conclusion’ stars, Prabhas, Anushka Shetty and Tamannaah Bhatia making it to the list.

They have now shared the top Indian films on their platform, but this time South films are winning over Bollywood films hands down.

Only four Bollywood films could make it to the top 10 list.

Akshay Kumar, who was surprisingly not a part of the top Indian stars list, had both his releases, ‘Toilet: Ek Prem Katha’ and ‘Jolly LLB 2’ at positions seven and eight respectively.

Rest the entire list is dominated by Tamil, Telugu and Malayalam films.

‘Baahubali: The Conclusion’, which had a thunderous run at the box office, breaking box office records galore, however, was beaten by Madhavan-Vijay Sethupathi starrer ‘Vikram Vedha’ to the top spot.

Another Telugu hit ‘Arjun Reddy’ was at third, while ‘Mersal’ which got embroiled in a political storm, was at ninth.

Multilingual ‘The Ghazi Attack’ and Mammootty starrer Malayalam film ‘The Great Father’ were placed at sixth and tenth respectively.

We wonder if Bollywood films sense a threat to their domination online.