In a series of tweets, Kapoor vented out at the naysayers, often dropping the ‘f bomb’ to silence them. 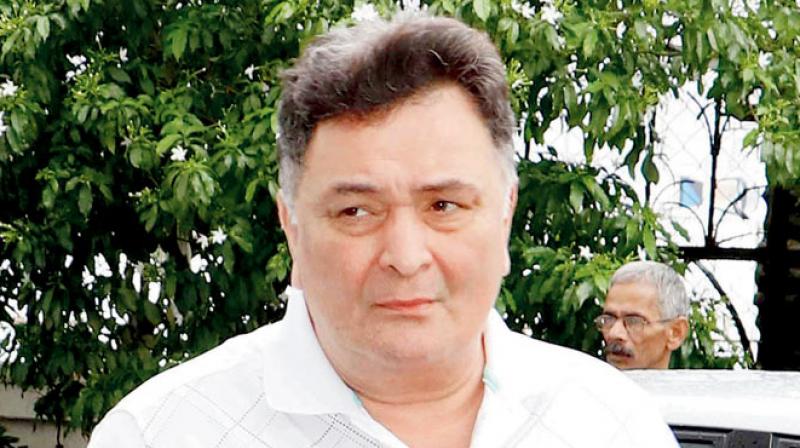 Rishi Kapoor was seen in 'Kapoor & Sons' earlier this year.

Mumbai: Kareena Kapoor Khan and Saif Ali khan welcomed a new arrival in their life, a son, on December 20.

While the Pataudi and Kapoor households are on cloud nine with the new member, social media critics have not taken a liking to Saif and Kareena's choice of name and have accused them of many things, encouraging tyranny and brutality being some of them.

The ever-judgmental Twitterati has even accused the star couple of ‘being a jihadi’.

It may not be humanly possible for Saif and Kareena to defend their choice since both of them are not on social media, not that they ought to, but that does not mean the families will sit in a corner and suffer the virtual torture in silence.

Rishi Kapoor, who is also Kareena’s uncle, did not let the Twitterati get away with their insensitive comments and uncalled for criticism towards the baby.

An irate Kapoor Sr went on a rampage on Twitter.

But, the ‘Kapoor & Sons’ star being the forthright person that he is, did not stop at this subtle remark. He replied to anyone and everyone who has denounced the name saying that it is the ‘parent’s wish’ and that nobody has the right to comment on it.

In a series of tweets, Kapoor vented out at the naysayers, often dropping the ‘f bomb’ to silence them.

For the uninitiated, Taimur is the name of a 14th century tyrant who was notorious for resorting to evil means like genocide and was also highly oppressive by nature.

Ironically, the word ‘Taimur’ means iron and has nothing to do with brutality of any form.