The actress, who is shooting in India, shared her excitement over Jonas Brothers’ Grammy nomination. 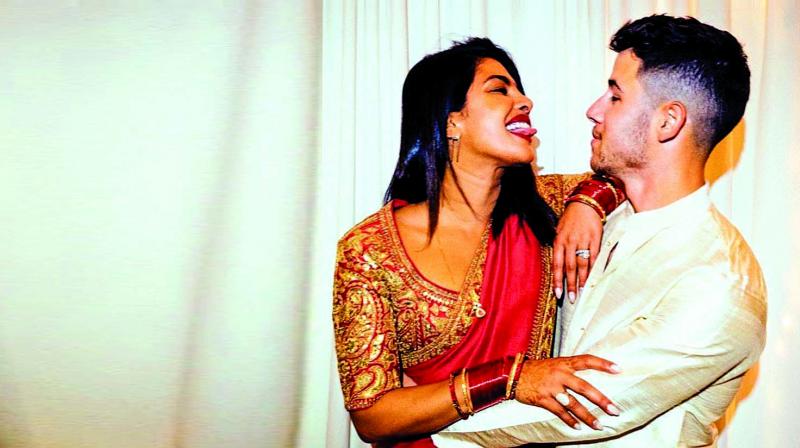 Priyanka Chopra Jonas is missing being with the Jonas Brothers in their moment of glory.

Priyanka Chopra Jonas is missing being with the Jonas Brothers in their moment of glory.

The music band, comprising of her husband Nick Jonas and his brothers Joe and Kevin, have been nominated at the 62nd Annual Grammy Awards (2019) under the Best Pop Duo/Group Performance for their comeback single called Sucker. It is the first nod that the band has received after they were nominated for Best New Artist at the 51st Annual Grammy Awards Grammy Awards back in 2008.

The actress tweeted: “So proud of you @jonasbrothers!! I love you @nickjonas @joejonas @kevinjonas @RecordingAcad #GRAMMYs”

The tweet was posted as she was busy shooting for The White Tiger in India with Rajkummar Rao, “She was very keen to be with them and celebrate with them, as they have been nominated after so many years, but she is doing a very important film of her career now,” says a source.