KBC host and megastar Amitabh Bachchan recently on his show asked a contestant to recognise the actresses voice-over audio. 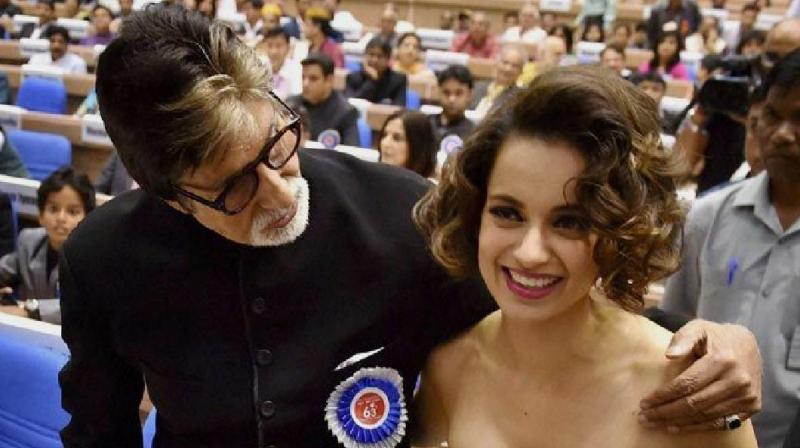 Mumbai: It has always been an honour for a star in India to get praised by the one and only Amitabh Bachchan.

KBC host and megastar Amitabh Bachchan recently on his show asked a contestant to recognise the actresses voice-over audio. The options were Ameesha Patel, Kangana Ranaut, Preity Zinta and Kriti Sanon and the correct answer was Kangana Ranaut, who was heard saying in the audio, “I’ve received offers from so many parties. Even my grandfather was a big politician. But I have willingly not accepted (those offers) because I don’t want to do that. I don’t want to be a politician. I want to be a filmmaker. And that’s my primary goal right now.”

To which Amitabh Bachchan responded saying “Kangana Ranaut Ji is a very beautiful, number one and famous artist. She has won many awards including National Awards and Filmfare Awards.”

Kangana Ranaut who is known for her bold and on-point answers always stood by herself never faltering from putting forth her point of view in front of the media or on a chat show hosted by ace Bollywood directors/producers.

Seems like this news has shut all the controversies against the actress as Kangana indeed is the leading actress of Bollywood this time stated by Big B himself.