Simmba: I am a big fan of yours, Ranveer Singh tells 'bhai' Rohit Shetty

Ranveer Singh, who recently got married to Deepika Padukone, shared a nostalgic video dedicated to his 'Simmba' director. 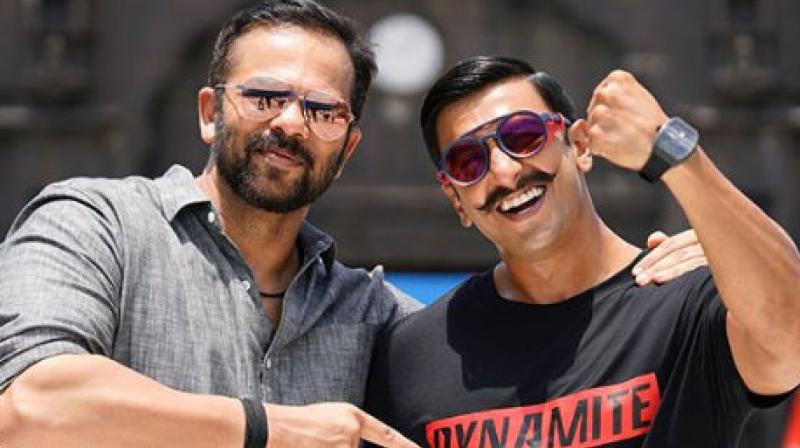 Mumbai: Ranveer Singh, who recently got married to Deepika Padukone, has shared a nostalgic video dedicated to Rohit Shetty, the director of his forthcoming film Simmba. Ranveer has collaborated with Rohit for the first time for Simmba, and the two seem to share a very good friendship. The upcoming action drama has Ranveer playing a powerful cop named Sangram Bhalerao. In the video, he can be seen praising the director during the film's last shoot day.

"I hate making speeches, especially on occasions like wrap up. I am Rohit Sir's biggest fan and I always thought when will I get a chance to work with him. I finally got that golden chance and my experience has been thousand times more than what I had expected," Ranveer said in the video.

The newly-wed thanked Rohit for his warmth and candidly mentioned that Simmba is going to be his career best film. "The things I learned are the things that I will carry forward for the rest of my life and its being cultivated and it is being nurtured by sir," said the flamboyant actor.

Taking to his Instagram, the 'Padmaavat' star posted a video to thank Rohit Shetty. He captioned it as, 'Bhai is Bhai love you @itsrohitshetty #Simmba."

The same video clip was also shared by co-producer Karan Johar on his Twitter handle. He wrote along, “The incredible love and chemistry between Rohit Shetty and Ranveer Singh. #SimmbaTrailer OUT ON 3RD DECEMBER”

Simmba is a remake of 2015 Telugu blockbuster Temper. Also starring Sara Ali Khan and Sonu Sood, the flick will hit the big screens on December 28.