Helmed by Abhishek Dixit, Hum Chaar is slated to release in Early 2019. 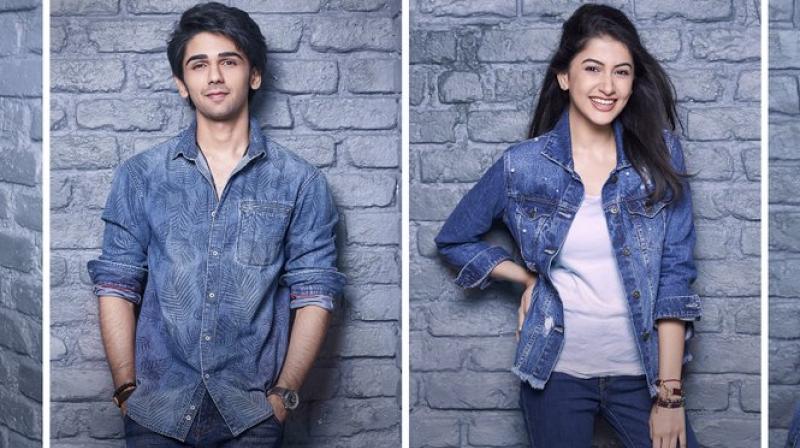 Known for keeping traditional and family values in their films, Rajshri Productions introduced the concept of friends are family for the first time ever in a unique way.

In an anticipatory post a poster was revealed where four characters were seen dabbing and hiding their face , as the image did social media rounds for a bit a trail of posters with character faces were introduced.

Hum Chaar primarily explores the idea that in today’s day and time where nuclear and joint families are rarely seen, friends become family too.

Director Abhishek Dixit said, "From the script stage itself we were pretty clear that we would cast new faces in this film. It was an extremely critical and tiring process but totally worth the effort. In any film, the story primarily reaches its audiences through the actors and therefore it’s imperative that the actor should be believable and embody the character that he/she is playing. While taking final call on casting one needs to consider many aspects, but I feel the most crucial of it all is to follow your instinct. Today when I look back at the whole process I find myself extremely lucky that after in numerous auditions and considering various permutations and combinations, we finally zeroed in on these four talented actors. I take this opportunity to wish Prit, Anshuman, Tushar and Simran a great future ahead and welcome them to the Rajshri family."

From 1989, under the direction of Sooraj R. Barjatya, Rajshri became the trendsetter for a whole generation with  films like ‘Maine Pyaar Kiya’ – a simple teenage romance – which was the biggest hit of the year and went on to win six Filmfare awards; ‘Hum Aapke Hain Koun…!’ – a film that managed to rewrite history by being the highest grossing film of all time in Indian cinema and started the trend of glamorous musicals in India . ‘Hum Saath Saath Hain’ is still considered the quintessential family film across all the generations, it was one of the biggest star cast ensembles of it’s time. ‘Vivaah’ is lauded for being one of the most simple and yet profound romances till date. ‘Prem Ratan Dhan Payo’ marks the return of superstar Salman Khan’s most beloved character – Prem and holds the record of being in the top five bracket of opening day collections.