'I am the bigger star': Varun Dhawan compares himself with Arjun Kapoor

Varun candidly made the confession when prodded by Karan on his show Koffee with Karan. 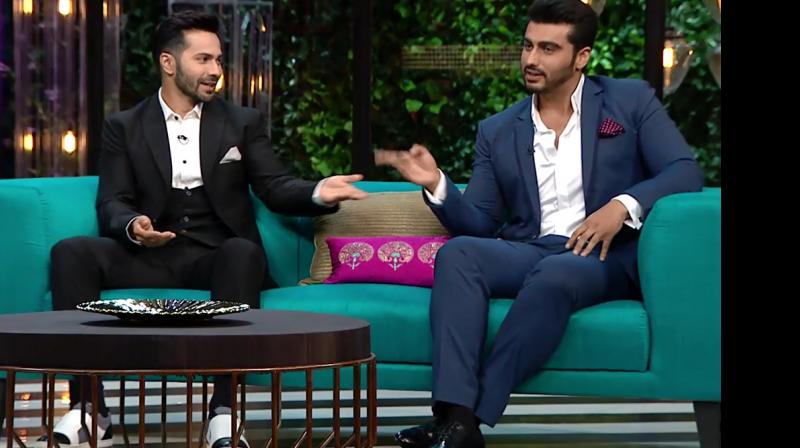 The stars appeared together on Koffee with Karan and were an absolute riot with their bonhomie.

Mumbai: Karan Johar knows Varun Dhawan and Arjun Kapoor inside out and wouldn't miss any chance at getting juicy tidbits and gossip out of them.

In a confessions segment, the ace filmmaker promptly asked Varun if he believes he's a bigger star than Arjun.

"Yes. And he(Arjun) knows that I believe so," pat came Varun's reply.

Karan then asked Arjun if he agrees with that, and the '2 States' actor, without hesitation agreed.

"I know he thinks he's the bigger star," he added, as the trio broke out laughing.

The two go back a long way, having gone to the same film school. Well this is one unpretentious bonhomie that we have come to love!