They are shooting together for an apparel brand for the first time. 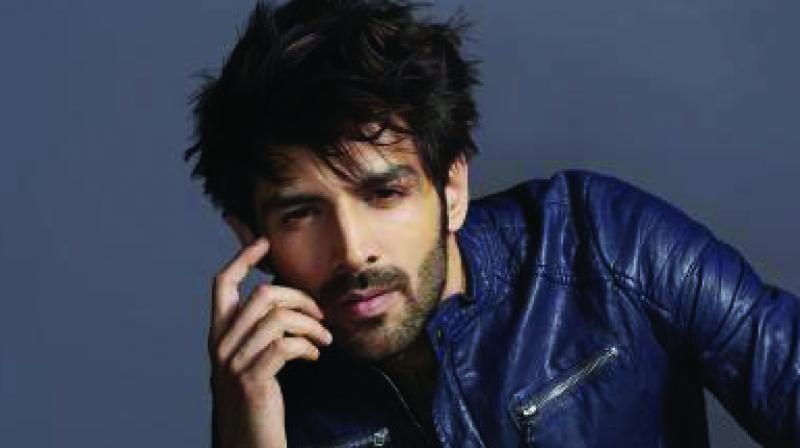 Mumbai: Every filmstar in their life dreams of working with one of the most senior actors of Bollywood- Amitabh Bachchan. Recently, the charming, attractive Kartik Aaryan whose won accolades for his impeccable roles in Pyaar Ka Punchnama’, 'Sonu Ke Titu Ki Sweety' and 'Luka Chuppi' had his dream fulfilled with the brilliant star of the Hindi film industry. For the first time, the adorable star got to work with Sr Bachchan in an ad commercial.

The actor took to Instagram to share a photo of he sitting with the ‘Sholay’ star. Dreams do come true with efforts and we can see that the actor's bucket list got fulfilled. Who wouldn’t like to work with such a big megastar? Kartik captioned the photo as, “Bucket list ✅ 🙏🏻
@amitabhbachchan Sir”🎥.

Popular rapper Yo Yo Honey Singh immediately commented,
‘Mine too bro’ !

The artists have never worked together and had only met once previously at an event. They are shooting together for an apparel brand for the first time. A source close to the apparel brand revealed that, “The brand was in search of a young face who would complement it and take it to a new level along with Mr Bachchan. Being a youth sensation, Kartik was a perfect choice. Also, Mr Bachchan and Kartik is an untouched combination.”

On the work front, Kartik will next be seen in an array of films such as Imtiaz Ali’s Aaj Kal with Sara Ali Khan. He’ll also be seen in Pati, Patni Aur Woh with Bhoomi Pednekar and Ananya Panday. ‘Dostana 2’ is also in his kitty with Janhvi Kapoor and with Kiara Advani in Bhool Bhulaiya 2. Amitabh Bachchan will next be seen in: Sye Raa Narasimha Reddy, Brahmastra, Gulabo Sitabo, and Chehre.