The Helicopter Eela actress shares with us what being a parent has taught her. 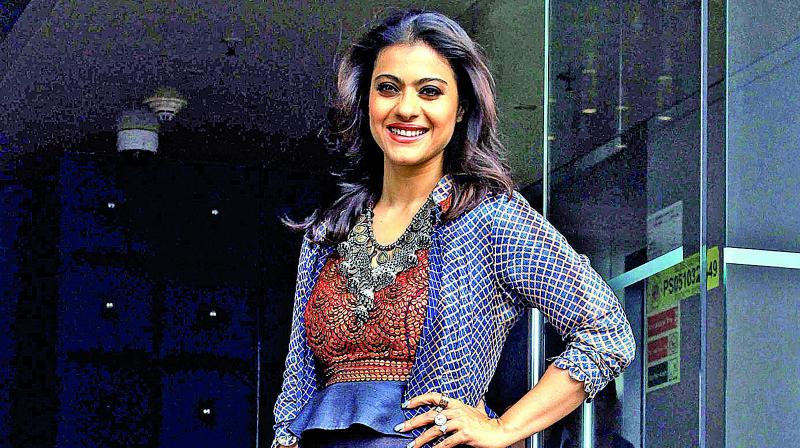 In her upcoming film Helicopter Eela, Kajol plays an over-involved parent who decides to join college and continue her education along with her teenage son. In a candid chat, the actress tells us about her own parenting style and her relationship with her mother.

Kajol begins by saying that her mother, actress Tanuja, is nothing like the character she plays in her film. “She always believed in giving us our independence and allowing us to expresses our views without any hesitation. I became independent because that’s what my mother taught me to be. She taught me that even as a girl, I could do everything,” Kajol says, adding that her mother has always believed in leading by example. “My mother used to swear a lot. But she didn’t want us to pick up that habit, so she stopped swearing too. She practised what she preached.”

She says that as she raises her two kids – Nysa and Yug – she tries to follow the example that her mother has set for her. “Like my mother, I try to explain things to my kids and answer their questions properly. But my children are too smart, and sometimes I don’t have answers for them, they have answers for me,” she says.

Kajol adds that in her experience, children behave more maturely when they’re given respect. “Children also want respect, they want to be treated as adults. We may think of them as children, but in this day and age, they’re exposed to so much, and they have access to so much information. We should allow them to discuss things with us, and we should encourage them to express their individuality. As parents, we always want to make decisions regarding their future, but today’s children are intelligent. We should allow them to make their own choices.”

Does 15-year-old Nysa already have plans for her future? Her mother says she does, and she’s rather impressed too. “I was shocked when Nysa made me sit down and explained what she had in mind for the future. She had an entire plan, and I was just sitting there wishing I had that discussion with her earlier. As parents, we try to pass on our thought process to our kids, but we should ask about their wishes and dreams too. Children have to fight for self-respect because parents think they know everything. That’s where conflicts arise,” she says.

She reveals that she’s also learnt a lot from her kids. “Nysa kept telling me to post pictures on Instagram, and when I told her about my dislike for social media, she explained its importance to me. She also told me that she would operate my accounts, and I needn’t worry about a thing. My children have answers to all my questions,” she says, smiling.

What has Kajol learnt from her character in the film, we ask. “I have learnt not to interfere with my children’s private conversations. I have also learnt not to check their mobile phones. And not to make an issue of it if any of their friends send them gifts,” she says.